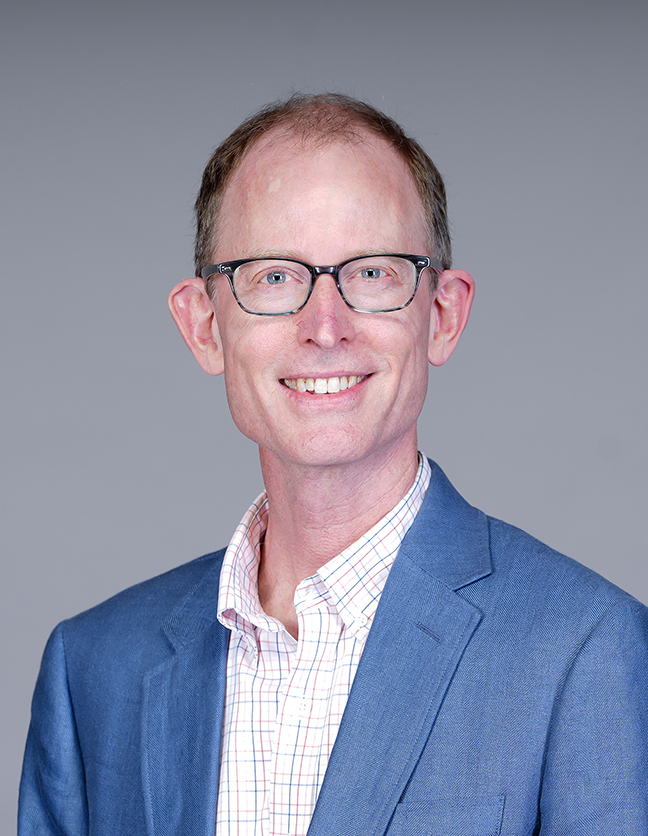 Curtis Gruenler has taught in the English department since 1997. His major area of teaching and research is medieval literature and thought. His interest in the relationship between Christian theology and literature extends from the literary theory of the Middle Ages to more recent Christian literary thinkers, such as J.R.R. Tolkien, C.S. Lewis, René Girard and Wendell Berry. He is currently working on a project about friendship, knowledge and the liberal arts.

Dr. Gruenler edits the Bulletin of the Colloquium on Violence and Religion (the professional association of those interested in Girard’s mimetic theory) and is active in the International Piers Plowman Society.

Dr. Gruenler is a specialist in fourteenth-century English literature, including the works of William Langland (author of Piers Plowman), Julian of Norwich, Geoffrey Chaucer and the anonymous author of Sir Gawain and the Green Knight and Pearl. He teaches British literature through 1800. He discovered his love of classic British literature through reading Shakespeare’s plays aloud with friends in high school and, in college, through devotional poetry, from the Old English poems of the Exeter Book, through the seventeenth-century tradition of John Donne and George Herbert, to Gerard Manley Hopkins and T. S. Eliot.

He is also a scholar of literary theory. His book on the poetics of enigma contributes to the ongoing attempt to recover the literary theory of the Middle Ages, blended from folk tradition such as riddles, the classical tradition of rhetoric and Christian theology of Christ as the Word made flesh. He has regularly taught the English department’s upper-level introduction to literary theory, from Plato and Aristotle to eco-criticism and disability theory, with an extra focus on Christian literary theorists.

He brings to all of his research and teaching his interest in the mimetic theory of the literary and cultural theorist René Girard. Girard and his collaborators find the human dynamics of desire, violence and scapegoating to be exposed in great works of literature and, above all, in the Judeo-Christian scriptures.

Dr. Gruenler is also interested in the traditional tools of English philology. He regularly teaches the history of the English language, including Old and Middle English. He has a particular interest in the philological scholarship of J.R.R. Tolkien, C.S. Lewis and Owen Barfield, part of the group of writers known as the Inklings. Not surprisingly, he maintains an active interest in their other works as well — indeed, it was their writings that first nurtured his interest in the Middle Ages. He first encountered the Middle Ages, however, when his father played one of King Arthur’s knights in a production of the musical Camelot, and he remains interested in Arthurian literature, both medieval and modern.

He is also interested in new, digital tools of literary scholarship, particularly the visualization of complex texts. He has begun projects on the visualizing the mathematical symbolism of the Middle English poem Pearl and the structure of Piers Plowman.

Pedagogically, Dr. Gruenler’s interests include the art of asking good questions, the theory and practice of dialogue and the formation of vocation.

View more of Dr. Gruenler's accomplishments and a full list of publications and reviews

Dr. Gruenler is married to Lezlie (Deck) Gruenler. They have two children, Samuel and Genevieve.

He was baptized and confirmed in the Lutheran Church–Missouri Synod, participated in InterVarsity Christian Fellowship in college and graduate school, was married in a Vineyard congregation and is currently a member of Hope Church in Holland, where he was ordained as an elder in the Reformed Church in America.

Dr. Gruenler is a fan of U2, Bob Dylan and the Beatles. He also has soft spot for other popular music from around the time he was born: Dave Brubeck, Herb Alpert and the Tijuana Brass, the Beach Boys, Miles Davis and Bossa Nova.