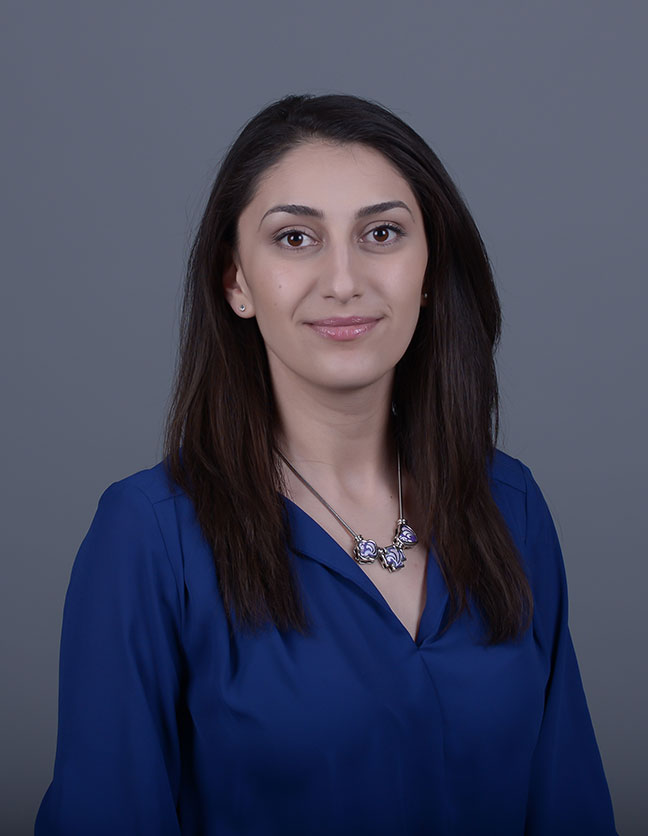 Tatevik Gyulamiryan teaches Spanish language and literature. Her research encompasses various areas of the literature of Spain’s Golden Age (from the early 16th to the late 17th century) and comparative studies. With a central focus on the Bakhtinian concept of re-accentuation and quixotic novels, Dr. Gyulamiryan is interested in cognitive approaches to early modern Spanish literature — analysis of mind-reading, masking and performance on both the author’s and the reader’s part. She also is interested in teaching literature within digital humanities.

As an undergraduate in Armenia, she received an International Research & Exchanges Board fellowship through the U.S. State Department to study international relations at Berea College in Kentucky. She returned to the U.S. for her graduate study, and joined the Hope College World Languages and Cultures faculty in 2015.

Dr. Gyulamiryan is working on a monograph titled The Transnational Hero: Re-accentuations of Don Quixote in European and American Novels, which brings to light the new concept of re-accentuation and sets grounds for its usage in quixotic and comparative literature.