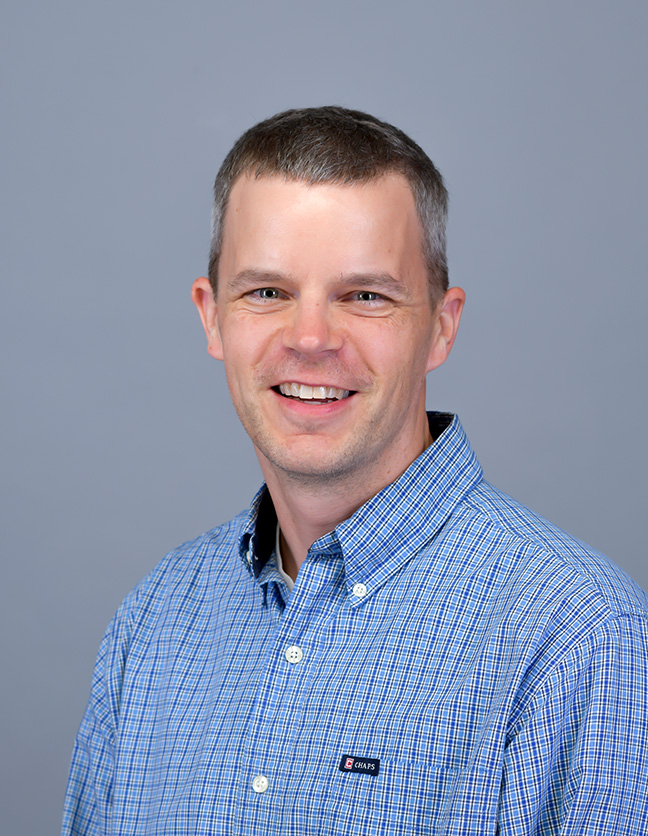 Dr. Jeffrey Johnson joined the Hope College Department of Chemistry in 2007 and was tenured and promoted to associate professor in 2013.

In addition to teaching within the organic and inorganic programs, Jeff’s research group of 8 to 10 students focuses on the activation and functionalization of carbon-carbon single bonds. Projects include the mechanistic understanding of known transformations and the development of new organic reactions.

For a full list of publications and academic citations, see Dr. Johnson's CV.

Besides working at Hope, Jeff is active with several local school groups, including the Blue Star Elementary PTO and the Hamilton Community Schools Parent Oversight Board. Jeff is also a member of the Red Cross ‘10 gallon club’ for blood donations.

Curling happens to be an old pastime of Jeff’s. He was a two-time Junior Men’s Curling National Championship participant, five-time North Dakota State Champion and a participant in the 1998 Winter Olympic Trials for curling.