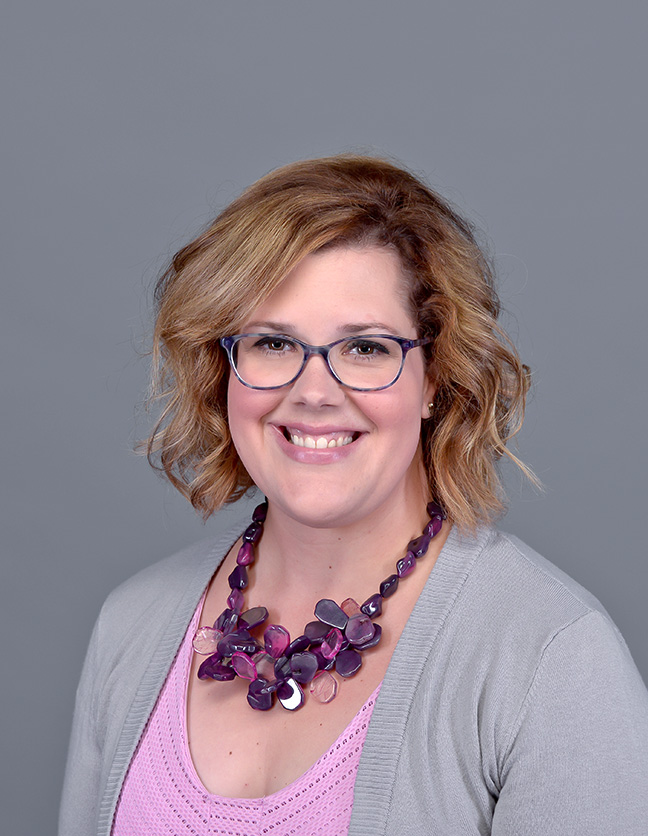 Dr. Heidi Kraus joined the Hope faculty in 2012. She teaches modern and contemporary art history and also serves as the director of the De Pree Gallery.

Before coming to Hope, Professor Kraus taught at the University of Iowa and Drake University (Des Moines, Iowa). She was also a post-doctoral research fellow at the University of Iowa Museum of Art, where she focused on eighteenth- and nineteenth-century French art and architecture. Her dissertation, “David, Architecture, and the Dichotomy of Art,” analyzed the paramount symbolic and metaphorical role architecture played in the art of Jacques-Louis David — the father of the French neoclassical style, painter and patriot of the Revolution, and First Painter to Napoleon I.

Professor Kraus has written extensively on the work of Jacques-Louis David and is published in Studies in Eighteenth-Century Culture (Vols. 44 and 48) and Art Inquiries (formerly the SECAC Review). She has also written book reviews for caa.reviews and New Perspectives on the Eighteenth-Century. Professor Kraus has curated numerous exhibitions, including a traveling exhibition entitled “Napoléon and the Art of Propaganda” based on a renowned private Parisian collection, and Hateful Things | Resilience (De Pree Gallery, Hope College). She co-authored with Nicholas K. Rauh A Short History of the Ancient World, from University of Toronto Press in 2017. Her current teaching and research focuses on eighteenth- and nineteenth-century iconography in contemporary French visual culture.

This pursuit has coalesced around the “Nations, Citizens, and Outsiders: Paris Stories” collaborative project with Drs. Lauren Janes (history) and Natalie Dykstra (English), funded by the Andrew W. Mellon Foundation Grand Challenges Initiative of Hope College. “Paris Stories” brings together six Hope faculty across multiple disciplines and divisions in the collaborative teaching of six new and revised courses. These interlinked courses examine national identity and the role of so-called “outsiders” in Paris including immigrants, people of color, women, travelers and expatriates. Our collective interest lies in the formation and maintenance of that identity using varied methodologies, text, historical narratives, literature, art, psychology and communication. The central component of the “Paris Stories” project is the Paris May Term, created and co-taught by Drs. Kraus and Janes.

Along with Dr. Berta Carassco (Department of World Languages and Cultures), Professor Kraus co-coordinates the Challenging Borders digital project. In 2016, Hope College received a Global Crossroads Initiative grant sponsored by the Great Lakes College Association (GLCA) to complete a project entitled: Challenging Borders: Displaced Peoples. The goal of the project was to create an interactive, 3- to 5-minute audio-visual diaspora in multiple locations across Hope’s campus that engages interdisciplinary and cultural issues related to themes of migration, displaced persons and refugees. Nine faculty/student collaborative projects were selected from across divisions to participate. The grant continued in the 2017–18 academic year with the project: Challenging Borders: Global Issues.