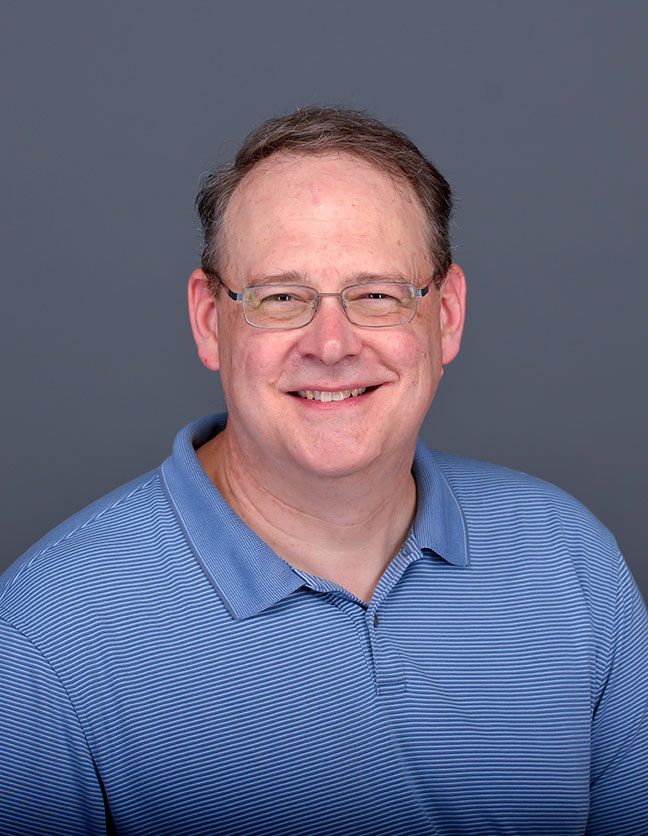 Darin Stephenson has been at Hope since 1997. He has taught more than 20 different courses in the Department of Mathematics, the GEMS program and the First Year Seminar program. A few of the courses he teaches most frequently are the Multivariable Mathematics sequence, Bridge to Higher Mathematics and Algebraic Structures.

From 2008 to 2011, Darin served on the executive committee of the Michigan Section of the Mathematical Association of America, including one year as the Section Chairperson in 2009–10. At Hope College, he has served on the Academic Affairs Board, the Campus Life Board and the Professional Interests Committee, as well as a variety of other campus committees. Darin served as chairperson of the mathematics department from 2004 to 2010 and currently serves as a Fellow of the Center for Ministry Studies at Hope.

Darin’s research areas are algebra, geometry, combinatorics and data analytics. He has studied connections between algebra and geometry related to a ring-theoretic approach to non-commutative projective geometry. In combinatorics, he has studied graph theory with a focus on the Lights Out problem and its relationship to linear algebra, cellular automata and domination theory. He has also collaborated with students and other faculty members in using machine learning to recognize audio signals (bird calls) and to model surface topography and vegetation in sand dune complexes. Darin actively involves students in his research and has publish several papers with student co-authors.

Darin enjoys spending time with his wife, Michelle, and his two sons, Ryan and Jared. Ryan ’19 and his wife Lauren ’18 are both Hope College graduates, and in 2020, they became the parents of Darin and Michelle’s first grandchild, Henry. Jared is currently a Hope College student studying social work (class of 2023).

Darin has spent over 20 years as a keyboardist and vocalist on church worship teams, and currently serves as a band member at BLVD Church in Holland. He enjoys playing board and card games and meets every week or two with local groups to play games. He is an avid reader of science fiction, fantasy and mysteries. He enjoys being outdoors through disc golfing, running, cycling and hiking.