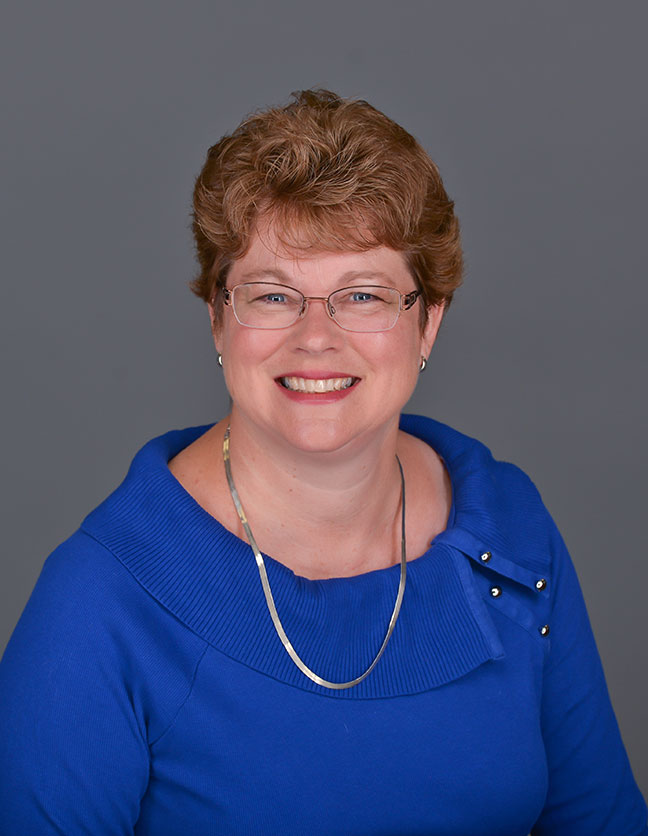 Janet Weeda joined the Hope College nursing faculty in 2012. In addition to teaching the maternity and women’s health nursing practicum, she also teaches Pharmacology and Special Topics in Professional Nursing.

Janet has 22 years of hospital nursing experience with such roles as:

Before becoming a faculty member at Hope, Janet worked at various locations, including:

In 2008, Janet transitioned to nursing education. She works to develop the next generations of nurses for roles in leadership, research and scholarship.

Janet began a program for a Ph.D. in Nursing Education at the University of Northern Coorado in August 2017. As a student herself, she can empathize with her students balancing academics, work and family responsibilities.

Janet currently lives in Grandville, Michigan. She and her husband, Steve, have three children, one graduated from Hope College with engineering and chemistry degrees, one current engineering major at Hope College, and a high school student. She is a member of the community at Calvary Christian Reformed Church in Wyoming, Michigan.

Janet loves working at Hope College. She loves that the faculty and administration continually wrestle with what it means to be a liberal arts college in the context of the historic Christian faith. She believes that God calls us to be obedient, which requires constant diligence and struggle. In particular, Janet loves the students of Hope College and it is an honor to work with them.