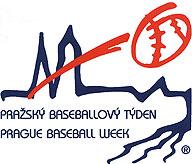 The Hope College baseball team has been invited to compete in a tournament in the Czech Republic this summer.

There's a thriving baseball scene in the Czech Republic, with interest in the sport dating back to Communist times. Today there are two leagues and a national team which has beaten some of Europe's top clubs. The home of baseball in Prague is the southern district of Krc - where the country's top extra-league team Sokol Krc as well as the national team is based.

This will be the first international trip for a Hope baseball team.  The Flying Dutchmen are the defending Michigan Intercollegiate Athletic Association (MIAA) co-champions. Coach Stu Fritz's squad will include members of this year's team which has started practice in anticipation of the traditional spring season.

The tournament will begin with pool play.  Teams will play six games over the five days.  Many of the games are televised nationally.  A year ago the U.S.A. New England Allstars defeated a team from France 9-4 in the championship game.

In addition to the tournament, the playes and coaches will have several opportunities to tour historic Prague.  They will also conduct a service project during their stay.

Baseball joins a growing list of Hope athletic teams embarking on international experiences.  Others have included men's and women's basketball, women's and men's soccer and softball.