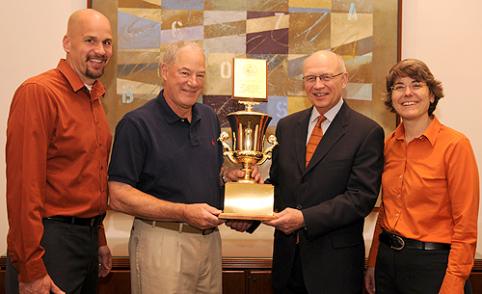 The Commissioner's Cup is presented annually to the MIAA-member college that has the best cumulative performance in the league's 18 sports for men and women.

Hope has now won the Cup 12 consecutive years and  for a league-record 34 times since the award was initiated by America's oldest collegiate athletic conference in 1934-35.

By contrast, Hope won the Cup in 2010-11 by only four points over rival Calvin and in 2009-10 the margin, again over Calvin, was a single point. In 2007-08 Hope and Calvin tied in the Cup race standings. This year Hope scored 213 points with outright league champions in men's golf, men's basketball, men's track & field, women's cross country and women's tennis and a co-championship in women's track & field.