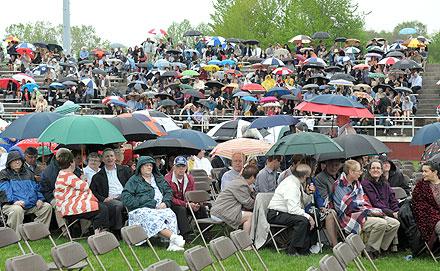 Even in the 147th year, there is room for firsts. It was 30 minutes before Hope College’s Commencement on Sunday, May 6, was scheduled to begin at Holland Municipal Stadium.  Family and friends were in the stands, the graduates were lining up and making ready to process to the strains of “Pomp and Circumstance,” and…  the skies rumbled. Change of plan. read more

Approximately 690 graduating seniors participated in this year’s ceremony, the college’s 147th.  The class consisted of students from throughout the United States as well as from overseas, including from Armenia, Brazil, China, Kyrgyzstan, Mexico, Palestine, Singapore, South Korea and Thailand. Enjoy photos from the 2012 Baccalaureate Services and Commencement.

In addition to celebrating the Class of 2012, the college presented honorary degrees during the ceremony to Joel Bouwens and Martie Bultman.  Bouwens, of Holland, chaired the college’s Board of Trustees from 2003 to 2011.  Bultman, who didn’t know in advance that she was receiving the recognition, has been an active member of the campus community as the wife of President James Bultman. read about Joel Bouwens / read about Martie Bultman 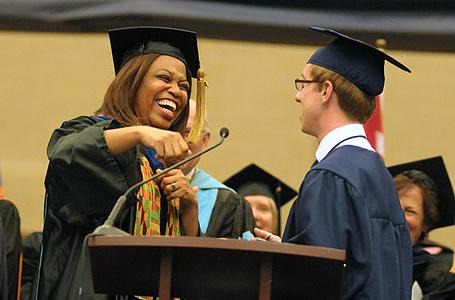 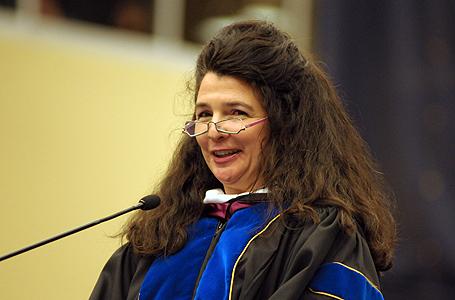 The commencement address was delivered by Dr. Heather Sellers, professor of English, who presented “And your homework is…”  She asked the graduates as they commenced their post-Hope lives to complete the same assignment with which she noted that she ends every class:  “Stay up late.  Keep the music loud.  Make interesting choices.” read more 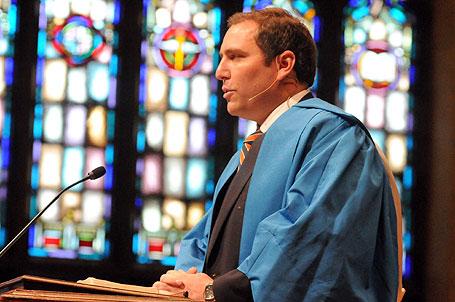 During the college’s Baccalaureate services in Dimnent Memorial Chapel earlier in the day, the Rev. Dr. Trygve Johnson, who is the Hinga-Boersma Dean of the Chapel at Hope, delivered the sermon “So…  now what?”  It was a natural question, he noted, at a time of transition such as graduation. read more