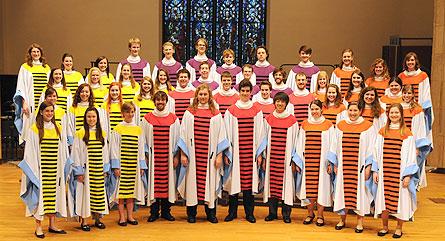 The concert will feature pieces by composers such as Eric Whitcare, Z. Randall Stroope, Jussi Chydenius and Zoltan Kodaly.  There will be a number of folksong arrangement as well as a couple of grand anthems with organ.

The choir will be returning from its March 10-20 tour featuring performances in Michigan, Ohio, New Jersey, and New York, before concluding with the traditional home concert.

The Chapel Choir is Hope College’s premier choral ensemble.  Comprised of auditioned singers, the Chapel Choir has toured extensively throughout the United States and Canada, and has traveled abroad on eight occasions, most recently to South Africa in May 2009.  The choir is featured along with other music ensembles in Christmas Vespers, a tradition that stretches back to 1941.  Award-winning broadcasts of Christmas Vespers by WGVU of Grand Rapids are shown on PBS stations around the country at Christmastime.  The choir is directed by Brad Richmond, professor of music and director of choral activities.