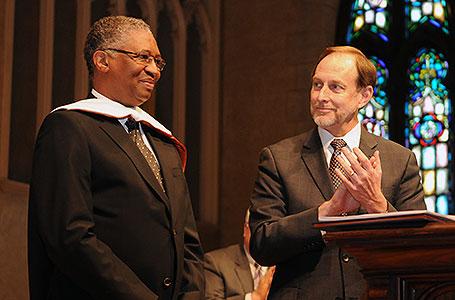 Professor H Russel Botman, Rector and Vice-Chancellor at Stellenbosch University in South Africa who was honored by Hope College this past March, died Saturday, June 28.

Dr. Botman was presented an honorary Doctor of Letters degree in recognition of his leadership in higher education and the Reformed church to promote a more just society for all South Africans. He was the featured speaker at the Presidential Colloquium marking the first year of President Knapp.