The Jack Ridl Visiting Writers Series of Hope College will feature poets Tarfia Faizullah and Jamaal May on Thursday, March 3, at 7 p.m. in the John and Dede Howard Recital Hall of the Jack H. Miller Center for Musical Arts.

There will also be a question-and-answer session in the Fried-Hemenway Auditorium of the Martha Miller Center for Global Communication earlier in the day, at 3:30 p.m.

The public is invited to both events. Admission is free. 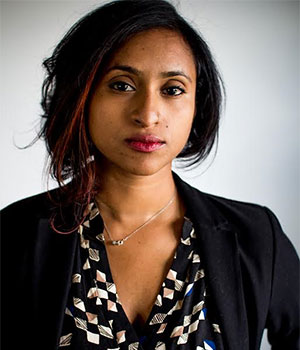 Faizullah is a Bangladeshi-American poet, performer and educator. She was born in 1980 in Brooklyn, New York, and raised in west Texas. She received an MFA in poetry from Virginia Commonwealth University and is the author of “Seam” (SIU 2014), as well as “Register of Eliminated Villages,” forthcoming from Graywolf in 2017. 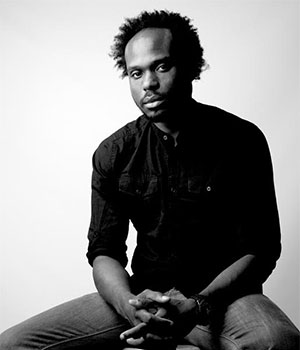 May’s poetry has been published in Poetry, The Believer, Ploughshares, New England Review and The Kenyon Review. His work has been recognized by Cave Canem, Bread Loaf, the Lannan Foundation, and the Indiana Review. He has also been a recipient of the Kenyon Review Fellowship at Kenyon College, Bread Loaf, Callaloo and the Civitella Ranieri Fellowship.

His career as an editor and teacher began when he taught poetry in the Detroit public school system. Since then, he has also been on the faculty of the Vermont College of Fine Arts MFA. He has served as an associate editor of West Branch and the series editor, graphic designer and filmmaker of the Organic Weapon Arts Chapbook and Video Series. May is also a member of six national poetry slam teams, including five from Detroit and the New York City-based LouderARTS team. He is a three-time Rustbelt Regional Slam champion and has been a finalist at several national and international poetry slams.

Additional information about the series can be found online here.