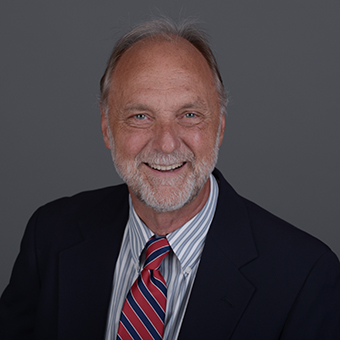 Jim Piers ’69 tells a story about a seven-year-old boy, and the boy is he. He remembers it with a smile yet it’s clear the story has a little tinge of chagrin associated with it, too. The tale is of his parents who necessarily and lovingly embedded Christian values in his life at an early age growing up in Zeeland, Michigan. It’s a story, as most are, which seems simple at first but has a deeper meaning, of course.

When you hear the story, remember to fast-forward six decades and consider the scope of Piers’ entire 42-year Hope College career in the Department of Sociology and Social Work. It’s then that you realize the story is about more than a boy who retained and cherished what he had been taught. It is a story about a man who took that lesson and rippled its message out in circular, pay-it-forward waves to thousands of Hope students, who then in turn sent it onto tens of thousands of lives more.

“I remember in second grade coming home and telling my parents, kind of glowingly, that I had mocked this little girl at school who had some challenges in her life. And I remember my father saying, with my mother in total agreement, ‘She’s going to be your friend.’ And I said, ‘Oh no, no. Please don’t make me do that.’  But in the next couple weeks, I was kind of forced to invite her over to play. And she came over to our house and we played. And we did continue to be friends throughout high school, and I was often her apologist, if you will, when other people were picking on her.

“That was the beginning of me understanding two things: the need to care for other people,” Piers recalls of the memory and the lesson, “and the reinforcement and growth that comes with knowing that all human beings are extremely valuable.”

Listening to Piers speak is like standing beside to a personable space heater; the man simply radiates warmth. He’s affable, gregarious, profoundly caring. He has one of the happiest, heartiest, most ready laughs you’ll ever hear. And while those traits are desirable for one who is a social work professor and practitioner, they would have also served him well as a dentist, too. Because that was his first career goal as a biology major at Hope. To be a dentist. Until he realized with the help of an older, concerned college friend that his eye-and-hand coordination and fine motors skills weren’t all they were cracked up to be in order to go into dentistry.

A new major in psychology ensued, as did a discussion with then-Chaplain Bill Hillegonds ’49, who encouraged him to enroll in a master’s of theology program at New Brunswick Theological Seminary in New Jersey. While there, he took social work classes at Rutgers out of extra interest and enjoyed those very much. After one year “back East,” he returned to Michigan, married DeeDee Gunther ‘71, worked in a county office with the long-term unemployed for a year, decided to apply and was accepted into graduate school at the University of Michigan School of Social Work, and then became the first school social worker for the Holland Public Schools, a position he held for three years until he was invited to interview for a teaching position at Hope in 1975. He later would complete his doctorate at Case Western University.

“I set 12 criteria to take the new job after they offered it to me, and Hope won 7-5,” he chuckles. It was a close tally then — but now? “This has been the most blessed opportunity of my life,” he beams.

Piers was the only social work professor when he arrived, teaching generalist practice and family welfare classes. He would remain so another 13 years. And during all that time, he mulled the idea of starting a new major in his chosen field, for there was both a world in need and a demand from students. By 1984, he alone began to lay the groundwork for a new social work major that was offered officially for the first time in 1988, and he has served as the program director ever since.  In 1996 the major received its first full accreditation from the Council on Social Work Education.

“Jim has completed four self-studies (which are about 1,000 pages long each) and the program sailed through the initial accreditation and three affirmation site visits completely free of any findings or need to complete interim reports,” says long-time colleague Dr. Deb Weiss ’75 Sturtevant, professor of social work. “Under Jim's leadership and with his hard work, the social work program has grown from two to four licensed social work colleagues, all with social work practice experience and Ph.D. degrees, which is exceptional for undergraduate programs. “

The once Lone Social Work Ranger finally got a posse through his conscientiousness and vision.

As if starting a new on-campus academic program wasn’t enough, Piers also initiated one off-campus.  With encouragement from then-President Gordon VanWylen, Piers developed the now on-going May Term program with Meiji Gakuin University in Tokyo in 1979. He has also averaged two paper presentations a year at national and international professional meetings and has published in the areas of foster care training, post traumatic stress, social work competency development and even retirement issues.

All the while, he has also maintained a private social work practice. Regularly practicing in the field kept him grounded, pragmatic and humble, he found, plus “I believe I was a much better professor because I practiced,” reasons Piers, who was the 1991 Hope Outstanding Professor Educator.  “I would share cases with my students, always, always anonymously. It’s real life so I could tell them, here are the barriers, here are the hardships, here are the surprises, but also here are the wonders and the seemingly miraculous things that can happen.”

Yet, even as he worked with his clients for many years, Piers is quick to point out that teaching at Hope was “my raison d’être. It was my reason for being,” Piers says, with added sentimentality emanating from his pronunciation of the French phrase. “I love watching students’ growth. I love watching those ‘aha’ experiences, and those experiences don’t even have to be ones I’ve given them. I am equally interested in the ‘aha’ experiences they have from other profs and they come in and tell me about those, too.

“And it’s fun every once and a while to have a former student come in and say, ‘Hey, I’m using what you taught me.’ And I smile and say, ‘That’s really good because we’re teaching you competencies. So I’m thrilled.’”

The would-be dentist became a respected and admired professor and social worker instead. Ironically a dentist now resides in the Piers family as does another in the “family business.” Son Christian ’07 is now a dentist completing his orthodontic residency and son Carter ’12 is a substance abuse counselor working on his master’s degree in social work.

In retirement, the man who helped others rebuild their lives has plans to do some rebuilding, too, but of homes, a boat and a car. Piers is a bit like the Bob Villa of Hope College. He’s jacked up, gutted, re-plumbed, rewired, re-plastered and remodeled two houses, and he’ll keep the renovating work going. “Houses always need repair and all of this DeeDee is thrilled by because it means I won’t just stopping teaching and start bugging her,” he says, and his patent happy, hearty, ready laugh bursts forth again.

Piers also plans to rebuild a 17-foot mahogany Chris Craft boat he’s had for a while and an 1937 Ford convertible he received from the man who taught him his first lesson in valuing something that may look rough around the edges but just needs a little love. “My Dad and I fixed up that car when I was 12 and I’ve had it ever since.”

That makes sense. Like the lesson he learned when he was seven, he’s never let it go.