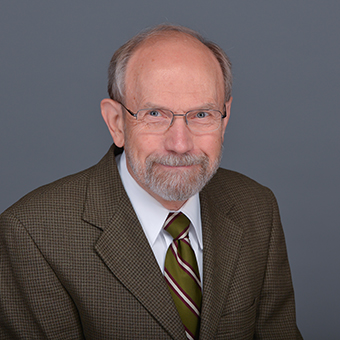 Dr. Peter Schakel: In the Service of Words and Wisdom

In the beauty of words and the profundity of their constructed wisdom, Dr. Peter Schakel created a vocational life and living at Hope College for 48 years. The length of his tenure makes him one of the longest serving faculty members at Hope. For close to five decades, the English professor who loves Austen, Swift, Milton and Lewis adored teaching those literary giants to more than 4,000 students and writing 13 books as well as dozens of articles for scholarly journals.

But it’s not numbers that you should be impressed by but Schakel’s words — his lovely, profound, learned words. In them and with them, he’s become a bit of a literary giant himself, too.

“I’ve always liked words,” says Schakel simply. “That’s partly because of their aesthetic value. There is a beauty in the appearance of words themselves. And putting them together in the right way creates a rhythmic beauty and a beauty of imagery and a beauty in the sounds they make.

“But I suppose what I like most,” he continues, “is that words give us stories that involve people. All of literature is stories about people. They help us to understand people better. They help us learn about the diversity that is in the world as reflected in different kinds of writings. That is the best beauty of all.”

Word-working came naturally to Schakel as he grew up in rural regions near Pella, Iowa. His Sunday school and high school English teachers sparked the verbal boy’s interest and curiosity in the way stories could be told and written. Though he entered Central College intending to be a pre-seminary student, he changed his mind the summer before his senior year. He’d rather teach English, he decided. It was a change in career direction he never regretted or questioned for the next 55 years.

Following a master’s degree at Southern Illinois University and a doctorate at the University of Wisconsin, Schakel landed at Hope in 1969 — a tumultuous time in the country and at the college, but the just peacemaker in Schakel immediately made a difference. He brought a strong Midwestern work ethic and sense of collegiality.  His generosity and integrity were quickly evident. Students flocked to his classes on British literature and especially C.S. Lewis, an author he came to consider teaching due to a little help from a friend.

“In the early 1970s, I was looking for a new subject to use in my freshman English class,” Schakel remembers.  “I was sharing an office with Jack Ridl (professor emeritus of English) then, and I asked him if he had a suggestion. He said, ‘Did you ever think about doing something with C.S. Lewis?’ I hadn’t, and I really didn’t even know that much about Lewis.”

So, that summer Schakel sat down to read Lewis’s The Chronicles of Narnia and then he started teaching a class on the books the next fall. He hasn’t stopped since. His freshman English, First-Year Seminar (FYS) and Senior Seminar classes have all focused on works by the British novelist, academic and lay theologian. Schakel appreciates Lewis’s imagination, the way he can be so eloquent at phrasing and handling the connection between literature and Christianity. Hope students felt the same way in learning about Aslan and hearing from Schakel.

“I always seemed to find enough students who liked Lewis so I had enough to fill my classes,” says Schakel, who was named the Hope Outstanding Professor Educator in 2013. “And they were pretty good classes because of students’ enthusiasm for Lewis’s books.”

Of course, Schakel was enthusiastic about the Brit as well. Six books about Lewis by Schakel emanated out of his teaching. “I’d just hone the ideas in the classroom and then go write them out,” he says.

As if it’s that easy.

“No one has written with so much versatility about such varied writers as Jonathan Swift and C. S. Lewis and edited several editions of literary anthologies that develop improved readers and writers,” reflects long-time department colleague Dr. Stephen Hemenway, professor of English. “No one has combined up-to-date teaching technology and rigorous scholarship in ways that make everyday classroom teaching come alive in creative ways.”

Dean Emeritus of the Arts and Humanities Dr. Bill Reynolds, who co-taught a class on British literature with Schakel for close to two decades, saw regularly the care Schakel put into his teaching and scholarship. Kindness, generosity, and principle — those are the beautiful words Reynolds ascribes to Schakel’s effectiveness. “He treats each student as an individual; when you are with him, you know that you have 100 percent of his attention,” describes Reynolds. “Peter knows the subject he is teaching very, very well, and he is an expert in not showing off how smart he is. Instead he guides students in discovering for themselves what other instructors might simply have lectured to them about. Students bond with him simply because he is such a good man.”

“The best part of Hope is the students,” Schakel confirms. “I’m certainly not the only one to say that, I’m sure. They’re nice, hardworking kids with values in the right place. They appreciate the opportunities they have to get an education. If the students were not as good and enjoyable as they are or have been, I would not have been able to keep going as long as I did.”

And of course, Schakel has always appreciated his colleagues too. He served the large and diverse Department of English tirelessly as its chairperson on and off for a total of two decades, taking on administrative chores that came as naturally to him as his beloved words. “I like to organize,” he admits, “and I like it when I can help make things run smoothly.”

“It is in his service that he has most directly influenced the English department and the college — through his work on boards and committees, his stint as faculty moderator, and his long and exemplary time as chair,” confirms Reynolds. “He was truly a servant-leader, placing the good of the whole above his own ‘druthers,’ looking for middle ground to harness the energy of the greatest possible number of his colleagues in the pursuit of goals that everyone could value even if no one person’s program was universally endorsed.”

As the pace at which he taught, administered, and wrote about epochs of past and current forms of literature starts to slow in retirement, Schakel sees opportunities, too. He and his late wife, Karen, have two children — Jonathan in Virginia and Jennifer in Holland — and he’ll welcome the freedom that comes with being able to visit them and his grandchildren more often. And he’ll continue teaching one class, too — his FYS on Lewis, of course — this coming fall.

“And I’ll probably try to do some more writing,” he confesses.