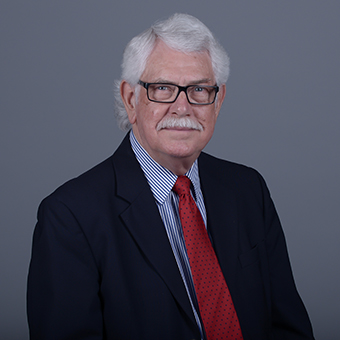 Nyenhuis, who has been active as a scholar and ambassador of Dutch-American heritage for more than 20 years, is one of two area honorees.  The award is also being presented to Dr. Richard H. Harms, historian and retired curator of the archives for Calvin College, Calvin Theological Seminary and the Christian Reformed Church in North America.

Established in 1994, the college’s Van Raalte Institute specializes in scholarly research and writing on immigration and the contributions of the Dutch and their descendants in the United States.  The institute is also dedicated to the study of the history of all the people who have comprised the community of Holland throughout its history.  Since its founding, the institute and its scholars have published more than 50 books.

Nyenhuis joined the institute as a senior research fellow in 2001, the same year that he retired as provost emeritus and professor of classics emeritus from Hope after 26 years at the college.  He subsequently directed the institute from 2002 until 2015, when he was succeeded by Dr. Dennis Voskuil.  He is serving as interim director for the next two years while Voskuil serves an interim term as Hope’s president.  Nyenhuis is also editor-in-chief of the institute’s Van Raalte Press, which he founded in 2007.

He was an active scholar while serving on the faculty and later as dean for the arts and humanities and as provost, and co-authored the best-selling textbook “Latin Via Ovid” and editions of “Plautus: Amphitruo” and “Petronius: Cena Trimalchionis.”  He is internationally recognized as an expert on the Greek myth of Daedalus, and wrote the book “Myth and the Creative Process: Michael Ayrton and the Myth of Daedalus, the Maze Maker.”

His interest in local history and the area’s Dutch heritage predates his involvement with the institute.  He served on two commissions for the bicentennial of the Treaty of Amity and Commerce between the United States and the Netherlands (1982), when Queen Beatrix visited Holland, and frequently hosted visiting lecturers and officials from the Netherlands.  He led the effort to have the statue of Holland’s founder Albertus C. Van Raalte cast and installed in Centennial Park in conjunction with the city’s 1997 sesquicentennial, and also co-authored a book about the project.

Nyenhuis has written, edited or co-edited several books since joining the institute, including “Centennial History of 14th Street Christian Reformed Church” (author), “A Goodly Heritage: Essays in Honor of the Reverend Dr. Elton J. Bruins at Eighty” (editor and contributing author), “Dutch-American Arts and Letters in Historical Perspective” (co-editor), “Across Borders: Dutch Migration to North America and Australia” (co-editor) and “The Enduring Legacy of Albertus C. Van Raalte as Leader and Liaison” (co-editor).  He is currently editing and co-authoring a book on the college’s history.

He helped organize the “Colonial Clergy Conference: Dutch Traditions and American Realities,” held at Hope, Western Theological Seminary and First Reformed Church in New Brunswick, New Jersey, in 2009; and the international conference “Albertus C. Van Raalte: Leader and Liaison,” held at Hope and in the city of Ommen in the Netherlands in conjunction with the bicentennial of Van Raalte’s birth, in 2011.  Earlier this year, he co-chaired the planning committee for the 143rd Annual State History Conference organized by the Historical Society of Michigan, for which he was also a presenter.

Nyenhuis holds his bachelor’s degree from Calvin College, and his master’s and doctorate from Stanford University.  Hope presented him with an honorary degree, a Litt.D., in 2001. In October, Hope dedicated the college’s new Leona M. and Jacob E. Nyenhuis Sculpture Garden in honor of Nyenhuis and his wife, the lead donors for the park, for their many years of service to Hope.

Dutch-American Heritage Day, observed on November 16, began in 1991 through a proclamation by President George H.W. Bush. The date marks the first recognition of the flag of the United States by a foreign power, when the Dutch governor of the island of St. Eustatius in the West Indies ordered his fort’s cannons fired in a friendly salute of the American warship “Andrew Doria” on Nov. 16, 1776, only four months after the U.S. had declared its independence from Great Britain. Dutch connections to the Americas began more than a century and a half earlier, in 1609, when Captain Henry Hudson of the Dutch East India Company sailed up the present-day Hudson River seeking a shorter route to Asia, with Dutch settlement of the region following just a few years later. Today, some eight million Americans are of Dutch descent, including a sizeable percentage of West Michigan residents whose ancestors immigrated to the area during and since the mid-19th century.