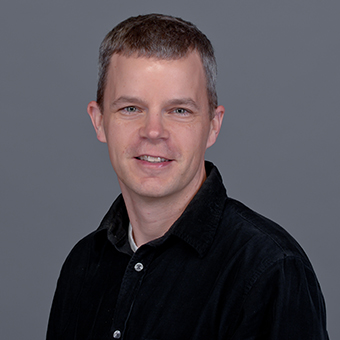 Dr. Jeffrey B. Johnson of the Hope College chemistry faculty has been elected a Fellow of the prestigious American Association for the Advancement of Science (AAAS).

Election as an AAAS Fellow is an honor bestowed upon AAAS members by their peers because of their scientifically or socially distinguished efforts to advance science or its applications.  Johnson was chosen for engaging undergraduate researchers in advances in transition metal-catalyzed carbon-carbon single bond activation and its use in synthetic materials.

A total of 396 AAAS members have been elected Fellows this year, and Johnson is one of only four from undergraduate colleges.  Most Fellows are from institutions such as national or private research laboratories, scientific associations and comprehensive universities.

“This is a very impressive honor, one that is entirely befitting for Jeff Johnson,” said Dr. David Van Wylen, who is dean for the natural and applied sciences and a professor of biology at Hope.  “Jeff is exemplary in the manner in which he blends a highly productive research program with life-shaping impact on students through his deeply caring mentoring.”

The new Fellows will be formally announced in the AAAS News & Notes section of the journal Science on Friday, Nov. 24, and will be honored on Saturday, Feb. 17, during the 2018 AAAS Annual Meeting in Austin, Texas.

An associate professor of chemistry, Johnson has mentored more than 70 students in research at Hope, with 28 serving as co-authors of articles published in professional journals.  Six of his students have also received recognition from the Barry M. Goldwater Scholarship and Excellence in Education Foundation program, and seven through the National Science Foundation Graduate Research Fellowship program.  Students in his organic chemistry courses have averaged in the 90th percentile nationally on the American Chemical Society’s (ACS) standardized exam for organic chemistry.

He has received multiple national honors for both his research and his role as a mentor since joining the faculty in 2007, and he has received more than $1.2 million in external support since coming to the college.

As he began his first year at Hope, he received a Faculty Start-Up Award from the Camille and Henry Dreyfus Foundation, which recognizes faculty who demonstrate promise as researchers at the beginning of their careers.  In 2015, the foundation honored him a second time by presenting him with one of only seven Henry Dreyfus Teacher-Scholar Awards based on his accomplishment in scholarly research with undergraduates as well as his compelling commitment to teaching.

In addition to the two awards from the Camille and Henry Dreyfus Foundation, his grants have included a major award through the “Faculty Early Career Development (CAREER) Program” of the National Science Foundation (NSF), a Research Corporation Cottrell College Science Award and an NSF - Major Research Instrumentation award for a remotely accessible 400 MHz NMR spectrometer.  He also co-authored, with Dr. Aaron Best of the biology faculty, the college’s successful proposal for a 2015 Beckman Scholars Program award from the Arnold and Mabel Beckman Foundation in support of student research.

In 2012, Johnson was the only faculty member from a primarily undergraduate institution chosen to speak at the Young Academic Investigators Symposium of the ACS’s Division of Organic Chemistry.  In 2013, he was a plenary speaker and panelist at the division’s Graduate Research Symposium to help graduate students discern and prepare for various career paths.

He is also active in chemistry outreach in the community.  He leads demonstrations and interactive sessions each year for local schools and other area organizations, and with his students has prepared interactive activities and laboratories for the Hope College TRiO Upward Bound program for high school students.

Hope named him a Schaap Research Fellow in 2013 and he held a Towsley Research Scholar award from the college from 2010 to 2013, providing additional institutional support for his research program. He received the college’s Ruth and John Reed Faculty Achievement Award in 2016, and was invited by the college’s chapter of Mortar Board to speak through its “Last Lecture Series” in December 2016.

Among other service to the college, he advises the college’s chapter of the national Alpha Phi Omega service fraternity, is an active member of Phi Beta Kappa and has chaired numerous campus committees.  In addition, from 2009 through earlier this past spring he advised the college’s Chemistry Club.

Prior to coming to Hope, Johnson served as a National Institutes of Health Postdoctoral Fellow at Colorado State University.  He previously completed his doctorate in chemistry at the University of Wisconsin-Madison in 2004.

He mentored undergraduate students while engaged in research at both Colorado State University and the University of Wisconsin-Madison.  He also participated in undergraduate research himself as a student at Gustavus Adolphus College in St. Peter, Minnesota, from which he earned his bachelor’s degree in chemistry in 2000.

The American Association for the Advancement of Science is the world’s largest general scientific society and publisher of the journal Science as well as Science Translational Medicine, Science Signaling, a digital, open-access journal, Science Advances, Science Immunology, and Science Robotics. AAAS was founded in 1848 and includes nearly 250 affiliated societies and academies of science, serving 10 million individuals. Science has the largest paid circulation of any peer-reviewed general science journal in the world. The non-profit AAAS is open to all and fulfills its mission to “advance science and serve society” through initiatives in science policy, international programs, science education, public engagement, and more.

The tradition of AAAS Fellows began in 1874. Currently, members can be considered for the rank of Fellow if nominated by the steering groups of the Association’s 24 sections, or by any three Fellows who are current AAAS members (so long as two of the three sponsors are not affiliated with the nominee’s institution), or by the AAAS chief executive officer. Fellows must have been continuous members of AAAS for four years by the end of the calendar year in which they are elected.

Each steering group reviews the nominations of individuals within its respective section and a final list is forwarded to the AAAS Council, which votes on the aggregate list.  The Council is the policymaking body of the Association, chaired by the AAAS president, and consisting of the members of the board of directors, the retiring section chairs, delegates from each electorate and each regional division, and two delegates from the National Association of Academies of Science.