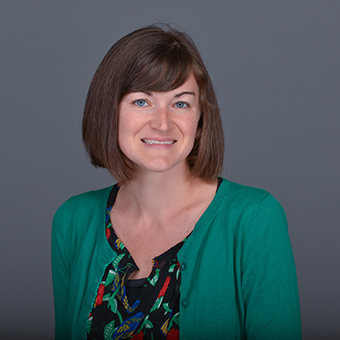 The human central nervous system is pretty efficient in how it performs complex tasks — enough so that Dr. Courtney Peckens of the Hope College faculty is using it as a model for helping structural engineering deal with earthquakes.

“A challenge in the control of civil infrastructure is that their extreme excitations are earthquakes, which happen very quickly and add a lot of destructive energy to the structure,” said Peckens, an assistant professor of engineering.  “This means that engineered systems that are designed to counterbalance this energy need to also respond quickly.”

Unfortunately, she noted, the human-engineered vibration control systems that can reduce the effects of an earthquake on a building tend to be slower than ideal because of their complexity.  Through a new, three-year research grant from the National Science Foundation (NSF), Peckens and her student team will be developing and testing a new approach inspired by human biology.

“For how sophisticated the nervous system is, it actually makes decisions in simple ways,” she said.  “We’ll be looking at the way that biology processes and acts on information because there’s a lot of parallel between the two systems, and we’ll see if we can draw that in.”

Peckens noted that both systems rely on sensing information about the external environment and taking some action, or actuating, against that perceived information.  It is the decision-making process between the sensing and actuating that Peckens hopes to draw on from the biological central nervous system.  In biological systems, this occurs by multiple layers of neurons aggregating information from multiple sources through simple summation or subtraction, resulting in limited computational delays and a fast response time.

For the new project, she and her team will begin by developing a computer model.  They will subsequently test the model’s accuracy by comparing its predictions with the results from a “shake table” that will simulate the effects of an earthquake on a small-scale structure.

“The overall architecture of what we’re developing can easily be scaled up,” she said.  “Ideally, it would be applied to large-scale systems in actual buildings to help prevent failure during earthquakes.”

Peckens will be working with five Hope students during both the summers and school years of the grant.  She will also be developing programs to share with the secondary-level students participating in the college’s ExploreHope program to show how engineering can help prevent structures from failing when subject to extreme loads.