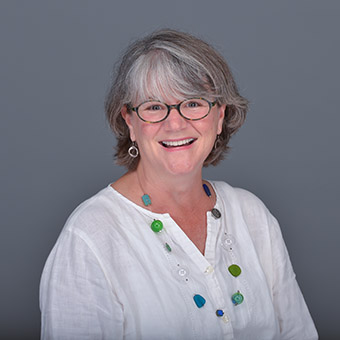 Dr. Kristen Gray, who is the associate dean for health and counseling and directs the Counseling and Psychological Services office at Hope College, has received the national President’s Award from the Association for University and College Counseling Center Directors (AUCCCD).

The award was presented, the citation notes, “in praise for many years of meritorious service and valuable contribution to the Association for University and College Counseling Center Directors.”  Gray has been active with the association as a presenter and program facilitator for several years.  She was honored during the national 2017 AUCCCD Conference, held on Saturday-Wednesday, Oct. 14-18, in Denver, Colorado.

“It was truly an honor to bestow Dr. Gray with this award,” said Dr. Micky Sharma, who was the AUCCCD president from 2015 to 2017 and is director of the Counseling and Consultation Service office at The Ohio State University, and presented the award to Gray.  “Throughout her career she has embodied the spirit of a true counseling center director. She has been an active member of our Association and has provided assistance and guidance to many of our members.  She has been a frequent presenter at our conference, the co-chair of the Women’s luncheon and co facilitator of the new director and first time attendees’ orientation and mentor program.  She was also just elected to our Governing Board.  She has been a champion for the students at Hope and has served the needs of so many students across her tenure.”

“Perhaps my favorite quality of Dr. Gray is the complete enthusiasm with which she approaches her work,” he said.  “She brings a positive energy to each task and has an engaging attitude that positively impacts those she is working with.”

Gray has been a member of the AUCCCD since 1998.  She has made presentations on a variety of topics during the annual conference 14 times since 2005.  She has co-facilitated the Women’s Networking Lunch since 2007, and the New Member and First Time Attendee Orientation and Mentor Program since 2013. From 2011 to 2016 she was a member of the association’s Elements of Excellence Steering Committee, which plans and develops programming for the national conference.  In addition, during this year’s conference she was elected to serve a three-year term on the association’s Governing Board with additional responsibility as a liaison to the American College Counseling Association.

Gray initially served at Hope from 1987 to 1990 as assistant director of Career Planning and Placement Services.  She was subsequently a crisis counselor and in career services with the Center for Women in Transition before returning to the college in 1993 as a member of the Counseling Center staff.

She became the center’s director, and associate dean with additional administrative oversight of the college’s Health Clinic, in 1998 when her predecessor Dr. Darell Schregardus retired.  She also teaches in both the Department of Psychology and in the Phelps Scholars Program.

That she joined AUCCCD the same year that she was appointed director was no coincidence.

“When Darell Schregardus was retiring, he told me that one of the most important things in order to be a strong director was to become an active member of AUCCCD,” Gray said.  “And Richard Frost, vice president for student development and dean of students, has always supported my participation.”

“I don’t know how a director would learn about what’s happening at other institutions and developments in the field if not involved in this kind of organization,” she said.  “I have also found that the members of AUCCCD have been very generous — with their time, materials and program outlines.  We’re not competing with each other:  we all want everybody in the organization to succeed.”

Gray’s active service to the association has been conducted in the same spirit.  She never imagined that she’d be recognized for it.  “It was quite overwhelming when I learned about the award — and I think for me the most wonderful part is that the recognition is from peers who do my work,” she said.

Gray graduated from Gustavus Adolphus College with majors in Scandinavian studies and early childhood education, and completed her doctorate in clinical psychology at Adler University.  While pursuing her doctorate, she held clinical placements in Psychiatric and Counseling Services with Holland Community Hospital.

The Counseling and Psychological Services office at Hope is located in space designed for it in the new Jim and Martie Bultman Student Center, and provides individual counseling, group counseling, consultation and educational programming.  The staff includes four full-time counselors, two part-time counselors and an office manager.

Established in 1950, AUCCCD is a professional community that fosters director development and success and advances the mission of higher education by innovating, educating and advocating for collegiate mental health.  The association’s members represent more than 900 colleges and universities from throughout the United States, Canada, Europe and Asia.