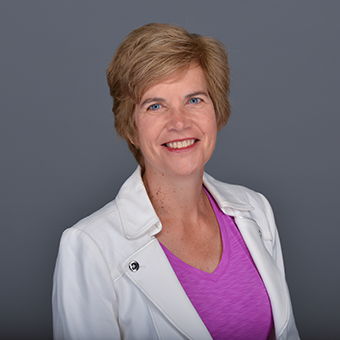 Dr. Joanne Stewart of the Hope College faculty is part of the leadership team of a national online network in chemistry that has received a major grant from the National Science Foundation (NSF) to study the network’s impact on teaching and learning.

Established in 2007, IONiC, for “Interactive Online Network of Inorganic Chemists,” runs a website to provide faculty around the country who are teaching inorganic chemistry with a way of connecting as well as classroom and laboratory lessons for them to use.  Across the next five years, the new, $1.1 million grant to IONiC from the NSF will add the opportunity to develop full courses through the network and evaluate how well the effort is working.  Hope is receiving $582,775 of the total to develop faculty workshops to facilitate the process and study the effectiveness of the program.  While multiple institutions are involved in IONiC, James Madison University and the University of South Florida are the other leads on the grant itself.

“We will expand the resources available and determine whether or not what we’re doing is supporting faculty effectively and improving student learning,” said Stewart, who is the Elmer E. Hartgerink Professor of Chemistry at Hope.  “We want to study how effective the curriculum-change process can be when done virtually and find out what does and doesn’t work.”

It’s the third time that the NSF has provided support for the initiative.  A two-year, $150,000 award assisted in the creation of IONiC’s website, titled VIPEr, for “Virtual Inorganic Pedagogical Electronic Resource,” as a way for inorganic chemistry faculty to engage with colleagues around the country to share strategies for enhancing their teaching.  A four-year, $437,962 award in 2012 grew the IONiC community and expanded VIPEr into a hub of additional resources provided by its users and available to all.

IONiC today has more than 1,000 registered users, and makes available more than 825 lessons in a variety of subfields within inorganic chemistry.  All of the material shared on VIPEr is free and available to anyone who wants it.  (Although both IONiC and VIPEr are acronyms, they also integrate elemental symbols on the Periodic Table:  iodine, oxygen, nickel and carbon in the first case; vanadium, iodine, phosphorus and erbium in the second.)

The new effort will involve three cohorts of 20 faculty each drawn from a mix of institutions.  The professors will teach their current courses and will then develop and teach new courses using VIPEr, evaluating and comparing the effectiveness of each.

While the first two groups will participate in the face-to-face workshops that Stewart will organize, the third will do all of its work online.  All of the participants will interact throughout the process with one another and colleagues through VIPEr, in keeping with IONiC’s founding purpose.

“IONiC originally developed because we wanted to solve the problem of professional isolation,” Stewart said.  “Many inorganic-chemistry faculty at primarily undergraduate institutions might be the only one there with that specialization.”

“As a second phase, we expanded the community and added ‘learning objects’ — classroom and laboratory lessons based on cutting-edge research that faculty could integrate into their courses,” she said.  “Our ‘killer app’ on the site is something called a literature discussion.  The idea is that any research paper in the literature contains fundamental chemical concepts and we can use the paper to teach those.  And that’s why the community is critical, because no one person could generate enough of these to cover all topics.”

Because the participants in the course development — the initiative’s third phase — will be able to pick and choose from among the materials available on VIPEr, Stewart anticipates that no two courses will be exactly the same, although they will all address core principles.  As with the learning objects, the new courses will be available on VIPEr, so that others can use or modify them.

With its share of the new grant, Hope will Stewart and Hope students working with her collaboratively will interview the faculty participants to better understand the choices that they make in their teaching and how they shaped their courses.  By the end of the project, she hopes not only that inorganic-chemistry faculty will be served better, but that IONiC’s approach and study might help others as well.  She noted that IONiC has already worked with other professional communities, such as faculty in the subdisciplines of biochemistry and bioinformatics, interested in developing similar resources.