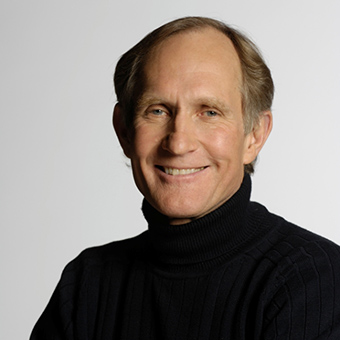 Nobel Prize-winning chemist Dr. Peter Agre of the Johns Hopkins School of Public Health will deliver two addresses while at Hope College on Thursday and Friday, Feb. 1 and 2, through the college’s Gentile Interdisciplinary Lecture series in the natural and applied sciences.

Agre joined the Johns Hopkins School of Medicine in 1984 and rose to the rank of professor of biological chemistry and professor of medicine.  He is a Bloomberg Distinguished Professor, and since 2008 has been the director of the Malaria Research Institute at the Johns Hopkins Bloomberg School of Public Health.  He shared the 2003 Nobel Prize in Chemistry for discovering aquaporins, a family of water channel proteins found throughout nature that is responsible for numerous physiological processes in humans and implicated in multiple clinical disorders.

He will present “Opening Doors Worldwide through Medical Science” on Thursday, Feb. 1, at 7:30 p.m. in Winants Auditorium of Graves Hall.  He will discuss how connecting and collaborating with colleagues around the world in medical research has not only led to valuable discoveries but also positive international engagement.

He will present “Aquaporin Water Channels: From Atomic Structure to Malaria on Friday, Feb. 2, at 3 p.m., also in Winants Auditorium of Graves Hall.  He will explore the role of the proteins and ongoing efforts to target them for drug discovery as well as development of drought-resistant crops.

Agre is a member of the National Academy of Sciences and the Institute of Medicine, for which he chaired the Committee on Human Rights.  From 2009 to 2011, He was president and chair of the Board of Advisors of the American Association for the Advancement of Science.

He graduated from Augsburg College with a Bachelor of Arts degree in chemistry in 1970, and completed his M.D. at Johns Hopkins in 1974.  He completed his residency at Case Western Reserve University in Cleveland, Ohio, and an Oncology Fellowship at the University of North Carolina at Chapel Hill.

The Gentile Interdisciplinary Lectureship at Hope was established in 2005 by faculty colleagues, former students and friends of Dr. James Gentile. Gentile joined the Hope faculty in 1976 and served as dean for the natural and applied sciences from 1988 to 2005, when he became president of Research Corporation, a private foundation in Tucson, Arizona, that supports basic research in the physical sciences.  After retiring from Research Corporation, he returned to Hope to serve a two-year appointment as dean from July 2013 through June 2015.

The lectureship is supported by a multi-year grant from the Kavli Foundation of Oxnard, California, to bring prominent scientists to campus.