Dr. Catherine Mader of the Hope College physics faculty is part of a collaboration led by the American Physical Society (APS) that has received a grant from the National Science Foundation to create and administer a nationwide, five-year effort that seeks to increase participation in careers in the physical sciences by women and underrepresented racial and ethnic minorities by helping more pursue graduate education. 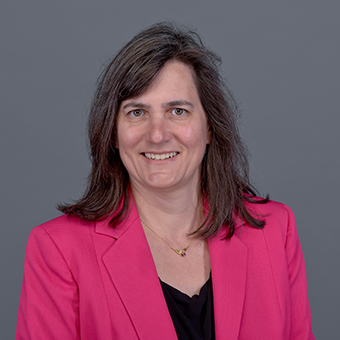 The program, the Inclusive Graduate Education Network (IGEN), has been formed by five leading scientific societies, including the APS, that collectively represent nearly 300,000 members, and will work closely with graduate programs across the U.S. The APS IGEN has received $10 million from the National Science Foundation in support of the overall initiative.

Through the APS, Mader is receiving a sub-award of more than $1 million across the next half decade to coordinate communication between the organizations, colleges and universities, and individuals that are currently or will become involved.

“My role involves facilitating dialogue and information-sharing, including through virtual and in-person meetings for this large group of professional societies, academic institutions and individuals,” said Mader, a professor of physics who has taught at the college since 1993. “I’ll also facilitate the conversation with others that might want to join the network.”

The grant will provide for staffing and other support. While continuing to serve on the Hope faculty and based at the college, Mader will be on leave from teaching while working on behalf of IGEN three-quarters-time.

Components of IGEN include improving mentoring of undergraduates into graduate school, supporting the adoption of inclusive graduate admissions practices and recruiting students from underrepresented groups who otherwise would not pursue graduate study. The effort will also seek to improve retention by helping students as they navigate their graduate programs, and will provide additional opportunities for professional development to help them as they make the transition to the professional world.

“The APS Bridge Program far exceeded its original goals, thanks to the leadership of Ted Hodapp and the support of physics departments across the country,” said Kate Kirby, chief executive officer of the APS, in the APS’ September 6 announcement of IGEN. “Having seen that the program can be successful in physics, we are confident that the approach can yield similar results across the spectrum of STEM fields, as represented by our partners in IGEN.”

Her involvement with IGEN also in a sense brings her full circle, since her engagement with the APS in College Park, Maryland, during a 2007-08 sabbatical leave.

“I was interested in these types of issues, and I worked with the diversity-education group of the APS and learned a lot that I could bring back to the college,” she said. “I have collaborated off and on with the APS ever since.”

IGEN is one of five national alliances funded through the NSF’s INCLUDES (Inclusion across the Nation of Communities of Learners of Underrepresented Discoverers in Engineering and Science) program. In addition to the APS, the societies participating in IGEN are the American Chemical Society, American Geophysical Union, American Astronomical Society and Materials Research Society. More about IGEN is available through the APS’ announcement.