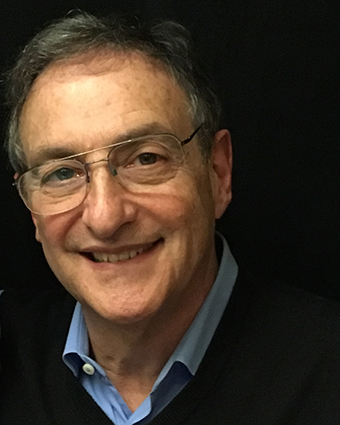 Award-winning science correspondent Ira Flatow, who is host and executive producer of public radio’s “Science Friday” and formerly hosted “Newton’s Apple,” will explore the wide-ranging origins of new ideas in science through the address “Catalysts of Creativity” on Tuesday, Oct. 15, at 7 p.m. at Hope College in the Concert Hall of the Jack H. Miller Center for Musical Arts.

Flatow will be speaking through the college’s Gentile Interdisciplinary Lecture series in the natural and applied sciences.  The public is invited, and admission is free.

As the presentation’s description explains, “Exploring the catalysts of creativity shows that new ideas come not only from professional scientists and inventors but from ordinary people, even movie stars and entertainers.  A look at invention history reveals all of the pioneers who led the way for today’s age of innovation, and a look at patents reveals how the news can stimulate new ideas and that science really is all around us.”

Flatow has been sharing his enthusiasm for science with public radio and television fans for more than 40 years.  He reaches an estimated two million radio and podcast listeners each week through “Science Friday.”  He is also founder of the Science Friday Initiative, a 501 (c)(3) non-profit organization that is dedicated to increasing the public’s access to science and scientific information.

His numerous television credits include six years as host and writer for the Emmy-award winning “Newton’s Apple” on PBS, and serving as a science reporter for CBS “This Morning” and cable’s CNBC.  He has discussed science on many television talk shows, and among his other television appearances was a guest star on the hit CBS comedy “The Big Bang Theory” twice.

Flatow has authored articles for magazines ranging from Woman’s Day to ESPN Magazine to American Lawyer.  His books include “Rainbows, Curveballs, and Other Wonders of the Natural World Explained,” “They All Laughed…  From Light Bulbs to Lasers: The Fascinating Stories Behind the Great Inventions That Have Changed Our Lives,” and “Present at the Future: From Evolution to Nanotechnology, Candid and Controversial Conversations on Science and Nature.”

His multiple honors include the National Science Board Public Service Award, AAAS (American Association for the Advancement of Science) Journalism Award, the Carl Sagan Award and the Isaac Asimov Science Award.  He has also received honorary degrees from Pennsylvania’s Muhlenberg College and from the State University of New York at Buffalo.

The Gentile Interdisciplinary Lectureship at Hope was established in 2005 by faculty colleagues, former students and friends of Dr. James Gentile. Gentile joined the Hope faculty in 1976 and served as dean for the natural and applied sciences from 1988 to 2005, when he became president of Research Corporation, a private foundation in Tucson, Arizona, that supports basic research in the physical sciences.  After retiring from Research Corporation, he returned to Hope to serve a two-year appointment as dean from July 2013 through June 2015.

The lectureship is supported by a multi-year grant from the Kavli Foundation of Oxnard, California, to bring prominent scientists to campus.