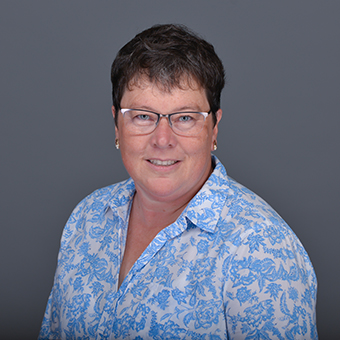 The award recognizes and supports the efforts of Hope faculty and staff who make extraordinary contributions to the lives of students above and beyond what is expected in their regular assignments.  It is coordinated by the college’s Office of Student Development and presented based on nominations from the campus community.

Sanford is a professor of chemistry and department chair at Hope, and has been a member of the faculty since 1994.  Throughout her time at the college, she has mentored students in collaborative student-faculty research during both the summer and the school year. Her mentoring of underrepresented students in STEM and students transitioning from two-year colleges to four-year colleges contributed to the Department of Chemistry being recognized with the American Chemical Society Stanley C. Israel Regional Award for Advancing Diversity in the Chemical Sciences. She is the faculty advisor for Women in Science and Engineering (WiSE) and Ballet Folklorico de Hope College.

Her research focuses on making organic compounds that can be used in both environmentally and medically relevant sensing applications.  She has had several articles published in refereed scientific journals, and has received multiple external and internal grants in support of her work.

Sanford completed her bachelor’s degree in chemistry at Smith College in 1987, and doctorate in organic chemistry at the University of California in 1992.  She conducted post-doctoral work in organic/polymer chemistry at Cornell University immediately prior to coming to Hope.

The “Vanderbush-Weller Development Fund” was established in honor of longtime Hope professor and football coach Alvin Vanderbush, who retired in 1972 and died on Feb. 20, 2005. It was created by Ken and Shirely Weller of Pella, Iowa. Ken Weller is one of Vanderbush’s former players and also a former Hope faculty colleague.