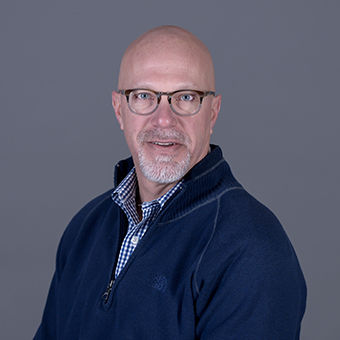 Kirk Brumels to Be Honored by WMU Alumni Society

Dr. Kirk Brumels of the Hope College faculty has been named this year’s recipient of the Keystone Meritorious Achievement Award presented by the Alumni Society of Western Michigan University’s College of Education and Human Development.

The annual award recognizes alumni who hold or have held a professional position with a record of achievements and professional excellence and have made significant contributions to their chosen professions.  Brumels and the recipients of other awards will be recognized during a ceremony at the university on Thursday, Oct. 10.

Brumels is a professor of kinesiology, department chair and program director for the athletic training education program at Hope.  He holds two graduate degrees from departments within Western Michigan University’s College of Education and Human Development, having completed his master’s in athletic training in 1990 and his doctorate in educational leadership in 2005.  His undergraduate degree is from Hope, from which he graduated in 1988.

Brumels has been an athletic training professional for more than 30 years, serving at Hope and in the NFL; is active in professional associations at the state, regional and national level; and is an active scholar.

Brumels worked with the New England Patriots in Foxboro, Massachusetts, from 1990 to 2001. His responsibilities included supervising, educating and coordinating student athletic trainers during summer training camp and various internship positions throughout the football season. He also worked with the team physician and head athletic trainer to coordinate all aspects of medical services for the team and its staff.  As an athletic training student at Hope, he had held an internship with the Patriots during the summer before his senior year.

He has been extensively involved in professional associations throughout his career.  He was president of the Michigan Athletic Trainers’ Society (MATS) in 2011 and 2012, previously serving as president-elect in 2009-10 and as chair of the MATS Professional Education Committee during 2007 and 2008.  He is also a past Michigan state representative to the Great Lakes Athletic Trainers’ Association (GLATA) and member of the NATA’s Professional Education Committee.

His areas of research and interests include human anatomy, athletic training, leadership and professional development.  He has published 19 articles in refereed journals or edited academic volumes, with his scholarly work including co-authoring the fourth edition of the textbook “Developing Clinical Proficiency in Athletic Training: A Modular Approach,” authoring a chapter in the book “Workplace Concepts for Athletic Trainers” and co-authoring nine chapters in the textbook “Core Concepts in Athletic Training and Therapy.”  Through the years, he has also made 24 presentations at professional conferences.

Brumels conducts research collaboratively with Hope students, who have been co-authors with him on several of the journal articles and have also presented with him at professional conferences.

The Keystone Meritorious Achievement Award is his second alumni honor from a program at Western Michigan University.  In 2017, he was inducted into the Alumni Honor Academy of the Department of Human Performance and Health Education.