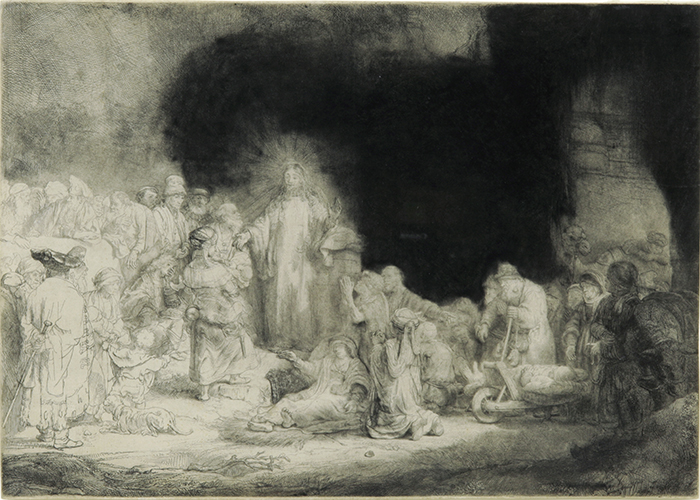 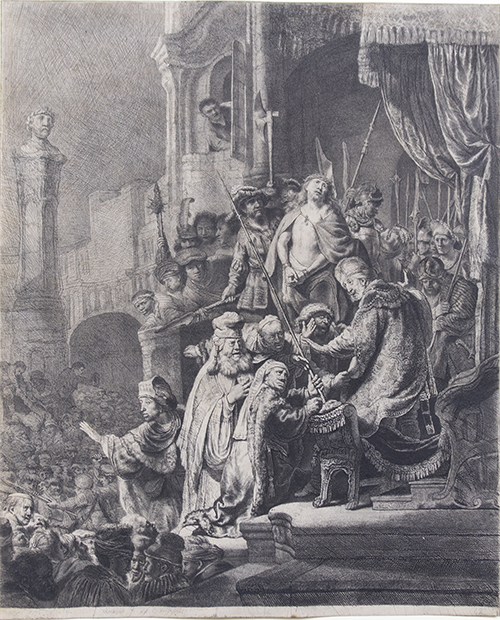 This year marks the 350th anniversary of the death of Rembrandt.  Born in 1606 in the city of Leiden, Rembrandt began training as an artist at age 14.  In 1632 he moved to Amsterdam and quickly gained fame there for his portraits, biblical and mythological scenes, and scenes of everyday life.  Numerous tragedies would mark his life, including the loss of three children in infancy, and the premature death of his wife, Saskia van Uylenburgh.  Though an excellent artist whose work fetched high prices, Rembrandt was a poor manager of money.  He declared bankruptcy in 1656 and for the last 13 years of his life he eked out a living on minor commissions and fees from students.  Upon his death in 1669, he was buried as a pauper in an unmarked grave.

Printmaking was an important part of Rembrandt’s practice, allowing the artist to express himself creatively in 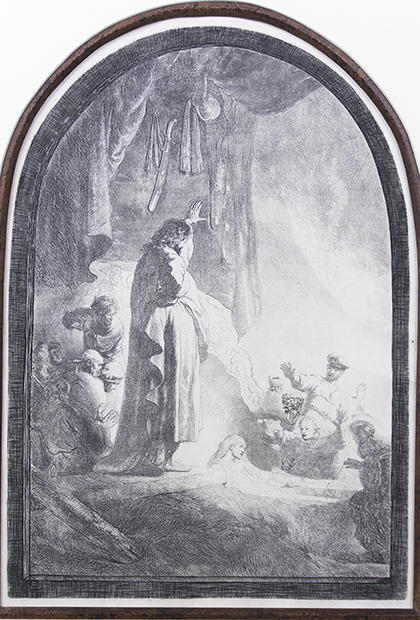 ways different from drawing or painting.  By re-working and re-printing his plates, Rembrandt was able to experiment with various techniques and materials using the same image, thus creating multiple states of many of his prints.  The number of different print states continued to grow after Rembrandt’s death as his original plates were re-worked and re-printed by other artists and publishers.  Rembrandt’s prints are therefore typically identified both by the date of the original composition, and by the date a particular impression was created.

“Rembrandt Etchings” will include impressions of 13 etchings by Rembrandt. The prints that will be on display in the exhibition all depict biblical subjects and were created by Rembrandt between 1632 and 1655. “Rembrandt was a man of strong faith, and he clearly took inspiration from the Bible as he navigated the challenges of his life,” said Charles Mason, who is the director and the Margaret Feldmann Kruizenga Curator of the Kruizenga Art Museum. Approximately one quarter of Rembrandt’s etchings depict stories from the Bible.

All of the prints in the “Rembrandt Etchings” exhibition were recently donated to the permanent collection of the Kruizenga Art Museum.  The exhibition will continue through Saturday, June 1.

Admission to the Kruizenga Art Museum is always free. Public visiting hours are Tuesdays through Saturdays from 10 a.m. to 4 p.m.  Please check the museum’s website or social media for additional information about special programs and events related to “Rembrandt Etchings.”