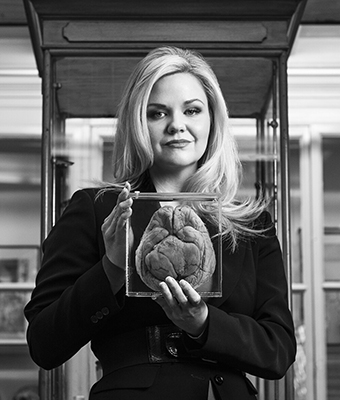 The address “This is Gonna Hurt: The Brutal World of Victorian Surgery” by bestselling author and medical historian Dr. Lindsey Fitzharris taking place at Hope College on Thursday, Oct. 24, will begin earlier and be held in a different venue than originally announced.  It will be at 7 p.m. in Dimnent Memorial Chapel. 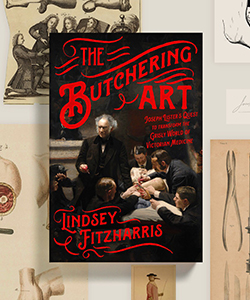 As noted in her talk’s abstract, Fitzharris will shed light “on the brutal and bloody world of Victorian surgery — a place definitely not for the squeamish.”  It was a time, the abstract continues, that “surgeons, who were working before anesthesia, were lauded for their speed and brute strength. They rarely washed their hands or their instruments, and carried with them a cadaverous smell of rotting flesh, which those in the profession cheerfully referred to as ‘good old hospital stink.’”

Fitzharris, who has a doctorate in the history of science and medicine from the University of Oxford, is the author of the 2017 award-winning book, “The Butchering Art: Joseph Lister’s Quest to Transform the Grisly World of Victorian Medicine,” which has been translated into 14 languages and won the PEN/E.O. Wilson Award for Literary Science Writing.  She is the creator of the popular blog “The Chirurgeon’s Apprentice,” as well as the host of the YouTube series “Under the Knife,” which takes a humorous look at the medical past.

She has written for a variety of publications, including Scientific America, The Guardian, The Lancet, New Scientist and The Huffington Post, and among other appearances has been featured on television on the BBC, National Geographic and PBS. Her next book will be on the birth of plastic surgery told through the story of Harold Gillies, the pioneering surgeon who first united art and medicine to address the horrific injures that resulted from World War I.

Copies of “The Butchering Art: Joseph Lister’s Quest to Transform the Grisly World of Victorian Medicine” will be available for purchase and signing after the program.