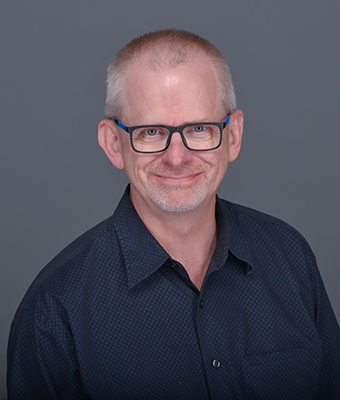 The research being conducted by the faculty and students of the Nuclear Group at Hope College might be considered ambitious. They are, after all, trying to figure out how the universe works, and supernovas are in the mix.

Admittedly, there are many directions that such big questions could take.  The work at Hope is focused, in keeping with the team’s expertise, at the nuclear level.

The ongoing research is supported by a $240,000, three-year grant from the National Science Foundation awarded last summer to Dr. Paul DeYoung of the Hope physics faculty, who leads the faculty-student group.  Being conducted at Hope as well as at the National Superconducting Cyclotron Laboratory (NSCL) at Michigan State University, the research is following primarily two lines of inquiry, both centered on the structure and behavior of unstable nuclei (the cluster of protons and neutrons at the heart of atoms).

Through one project, DeYoung and his students are examining the specifics of nuclear reactions and the decays that happen in supernovae, which involve unimaginably massive nuclear blasts, and the merging of neutron stars across the millennia have played — and continue to play — in generating the elements found throughout the universe.  It’s research that the Hope group is pursuing with the NSCL’s Summing NaI (SuN) group, an international team of scientists focused on nuclear astrophysics.

“Where in the universe do the elements come from?  We’re trying to understand, to improve the calculations that model that,” said DeYoung, who is the Kenneth G. Herrick Professor of Physics at Hope and a Fellow of the American Physical Society.

In the other project, the Hope group, along with the national Modular Neutron Array (MoNA) collaboration, is seeking to understand the force that holds the nucleus together.  The team is studying nuclei that have had many extra neutrons added, to see how they behave.

“The concept of the nuclear force dates back decades, but there’s still no good algebraic formula for it.  We’re creating these neutron-rich nuclei, which don’t naturally occur and may last only a billionth of a billionth of a second, and then doing experimental measurements to better understand it,” DeYoung said.

Running through 2022, the current three-year award brings the NSF’s total support of the Hope Nuclear Group to more than $3.2 million across 37 consecutive years.  Approximately 100 students have conducted research through the group, both part-time during the school year and full-time during the summer, since DeYoung received its first NSF grant in 1986.  Pursuing a variety of research projects through the years, the work in which the group has been involved has generated more than 150 articles published in professional journals.  Additional current work includes collaborating with other faculty within the Department of Physics and from other departments on engaged in a variety of research projects, and serving local industries when they have samples they wish tested.

“The longevity of this journey is a testimony to the support of the school, the quality of our students and the fact that if you aim high you achieve high,” said DeYoung, who in January received the college’s Ruth and John Reed Faculty Achievement Award, which recognizes members of the Hope faculty who are superior teachers who also contribute significantly in some other area of professional life, including as a research scholar and mentor.  “The NSF recognizes the value of what we do here, because it’s real science — it’s not just playing around.”