** Hope College is among the colleges and universities across the nation that have shifted to remote instruction to help stem the spread of COVID-19, with in-person instruction scheduled to resume on Tuesday, April 14.  Correspondingly, all college-sponsored events through Monday, April 13, have been canceled. For more information on the Hope College response to the virus, please visit hope.edu/coronavirus. ** 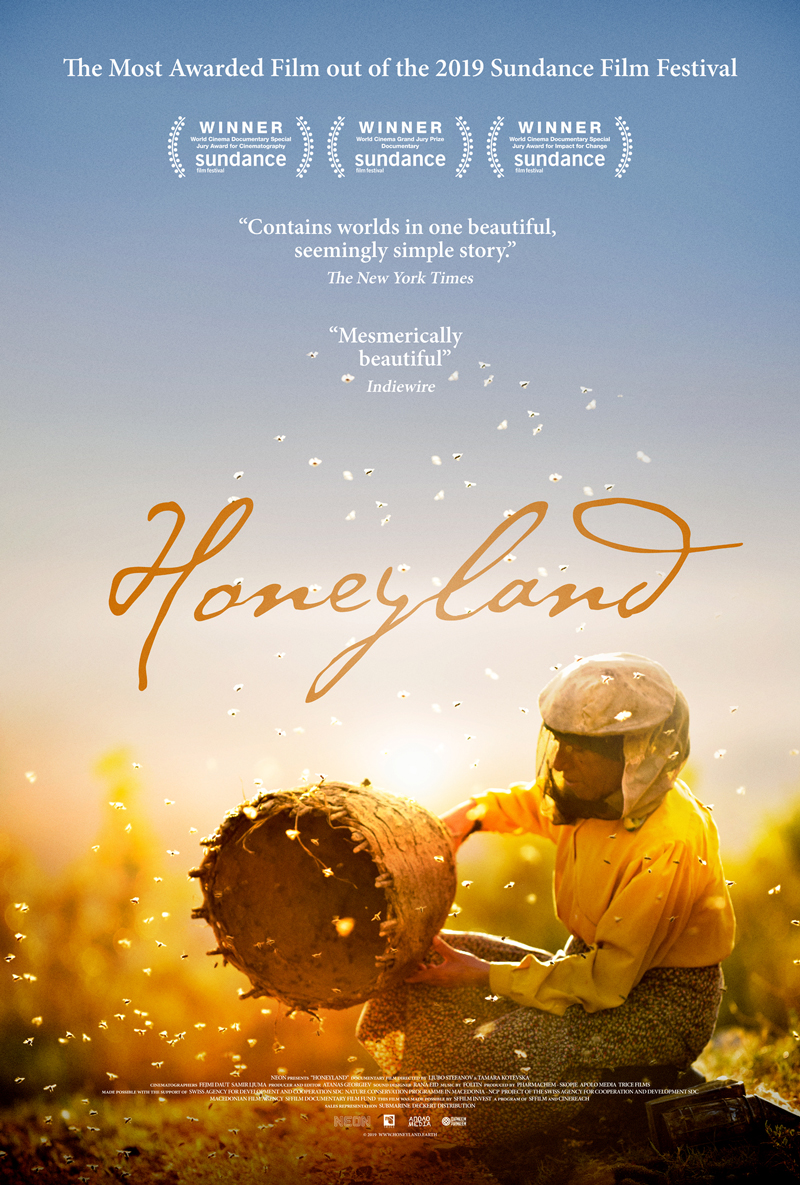 The film is the first documentary to be nominated for an Academy Award in both the Best International Feature Film and Best Documentary Feature categories. It was the only film to win three different awards at the 2019 Sundance Film Festival, and it has won prizes at festivals in both Europe and the United States.

The New York Times film critic A.O. Scott has called the film “quiet, intimate and intense, but touched with a breath of epic grandeur. It’s a poem including history.”

Nestled in an isolated mountain region deep within the Balkans, Hatidze Muratova lives with her ailing mother in a village without roads, electricity or running water. She’s the last in a long line of Macedonian wild beekeepers, eking out a living farming honey in small batches to be sold in the closest city, a four-hour walk away. Hatidze’s peaceful existence is upended by the arrival of an itinerant family with roaring engines, seven rambunctious children and a herd of cattle. Hatidze optimistically meets the promise of change with an open heart, offering up her affection, her brandy and her tried-and-true beekeeping advice.

However, it doesn’t take long, before Hussein, the itinerant family’s patriarch, senses opportunity and develops an interest in selling his own honey. Hussein has seven young mouths to feed and nowhere to graze his cattle, and he soon casts Hatidze’s advice aside in his hunt for profit. This causes a breach in the natural order that provokes a conflict with Hatidze that exposes the fundamental tension between nature and humanity, harmony and discord, exploitation and sustainability. Even as the family provides a much-needed respite from Hatidze’s isolation and loneliness, her very means of survival is threatened.

Directed by Tamara Kotevska and Ljubomir Stefanov, the film is not rated. The film is in Turkish, Macedonian, Serbo-Croatian and Bosnian with English subtitles.

Tickets for the film are $7 for regular admission and $6 for senior citizens, Hope College faculty, staff and children, and will be sold at the door.

Audience members who need assistance to fully enjoy any event at Hope are encouraged to contact the college's Events and Conferences Office by emailing events@hope.edu or calling 616.395.7222 on weekdays between 9 a.m. and 5 p.m.