The Hope College Knickerbocker Fall Film Series will continue the college’s long tradition of showing current independent and international films. The series will show four films, each for a week-long run, beginning with “Rita Moreno: Just a Girl Who Decided to Go for It” on Sept. 27-Oct. 2; “Falling for Figaro” on Oct. 11-16; “Minari” on Oct. 25-30; and “The Wife of a Spy” on Nov. 1-6. 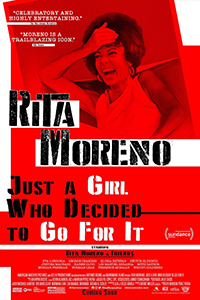 “Rita Moreno: Just a Girl Who Decided to Go For it,” showing Monday-Saturday, Sept. 27-Oct. 2, is a documentary exploring the life of Puerto Rican actress Rita Moreno, highlighting how she defied her humble upbringing and relentless racism to become one of a select group of EGOT (Emmy, Grammy, Oscar, Tony) Award Winners. Through interviews with Moreno, archival footage of her roles and appearances, and interviews with those close to her and performers she influenced, the film illuminates the humor and grace of Moreno, as well as lesser-known struggles that she faced on her path to stardom. Randy Myers of the San Jose Mercury News has depicted the documentary as “not only an eye-opening story about old Hollywood but a testament to the vitality and integrity of an artist who is not showing any signs of slowing down.” The film is rated PG-13.

On Monday-Saturday, Oct. 11-16, the series will feature “Falling for Figaro,” a romantic comedy that follows a 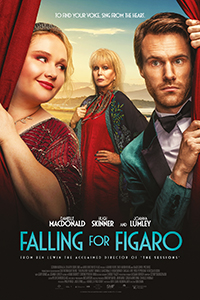 brilliant young fund manager named Millie, who leaves her unfulfilling job and long-term boyfriend to pursue her dream of becoming an opera singer in the Scottish Highlands. She begins intense vocal training lessons with renowned but fearsome singing teacher and former opera-diva Meghan Geoffrey-Bishop. It is there that she meets Max, another one of Meghan’s students who is also training for the upcoming “Singer of Renown” contest. Soon, the competition between Millie and Max evolves into something deeper than the contest itself. The film is not rated. 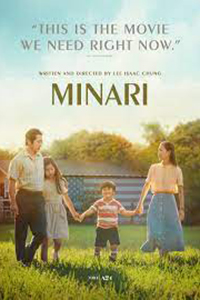 “Minari,” a tender and sweeping drama about family roots, will run on Monday-Saturday, Oct. 25-30. The film, which won the Grand Jury Prize at the 2020 Sundance Film Festival, follows a Korean-American family that moves to an Arkansas farm in search of their own American Dream. The dynamic in the home changes with the arrival of their sly, foul-mouthed, but loving grandmother, and amidst the instability and challenges of their new life in the rugged Ozarks, the story shows the undeniable resilience of family and what defines and makes a home. The Spectator has said that the film is “a work of extraordinary delicacy, poignancy and tenderness.” The film is rated PG-13, and is in both English and Korean with English subtitles.

The series will end with the Japanese historical drama “Wife of a Spy,” showing Monday-Saturday, Nov. 1-6. 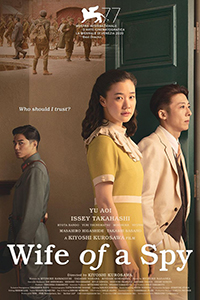 The film is set in Japan during World War II, and follows Yusaku, a local merchant and amateur filmmaker who senses that things are headed in an unsettled direction. Following a trip to Manchuria, he becomes determined to bring light to the things he witnessed and secretly filmed. Meanwhile, his wife, Satoko, receives a visit from a childhood friend and current military policeman that warns her about her husband’s actions. Satoko confronts her husband, and when she discovers his true intentions, she is torn between her loyalty to her husband, and the country they call home. The Hollywood Reporter hasdescribed the film as an “absorbing, exotic, well-paced thriller.” The film is in Japanese with English subtitles and is not rated.

Tickets for the individual films are $7 for regular admission and $6 for senior citizens, Hope College faculty and children. Tickets will be sold at the door.