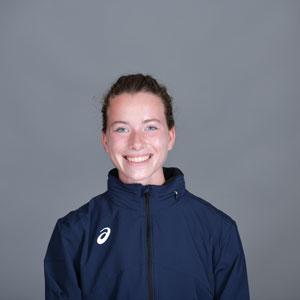 Hope College’s Ana Tucker is the Michigan Intercollegiate Athletic Association Women’s Indoor Track Athlete of the Week for the second time in her career.

The sophomore exercise science major from Midland, Michigan (H.H. Dow HS) is honored after her performance for the first-place Flying Dutch at Friday’s MIAA Indoor Championships hosted by Trine University.

Tucker claimed two MIAA titles on Friday in the 3000-meter and in the mile, and in winning both, she shattered former league and school records.

This is the second time this season Tucker has been named MIAA Women’s Indoor Track Athlete of the Week.