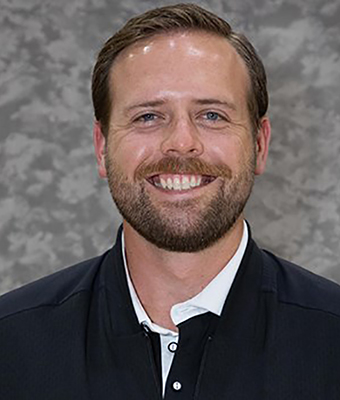 Austin Hunt has been chosen to lead the Hope College men’s and women’s tennis program.

Director of Athletics Tim Schoonveld is thrilled to welcome a tennis coach of Hunt’s caliber to Hope.

“We are so excited to have Austin join our team. He has a passion for coaching and is driven to not only be successful on the court but is committed to helping to impact and transform the lives of student-athletes,” Schoonveld said. “He is going to do a great job and will continue to build on the work of Bob Cawood within our programs.  We want to welcome Austin and his wife, Kayla, and are excited to see his impact on our campus.”

Hunt said he is excited to build on the rich tradition of Hope College Tennis.

“Hope is an amazing place to bring in top-quality tennis players: the indoor courts, the 12 outdoor courts, the amazing campus, downtown Holland, and Lake Michigan. The school sells itself,” Hunt said. “We have some good recruits coming in; credit to Coach Cawood for that. My wife, Kayla, and I are excited to meet all of our student-athletes and welcome them into our family.”

A native of Odessa, Texas, Hunt comes to Hope after coaching one season at GVSU. He helped the Lakers finish runner-up in the Great Lakes Intercollegiate Athletic Conference men’s regular-season standings and a tie for second place in the GLIAC women’s standings.

From 2018-20, Hunt served as the assistant tennis coach for McKinney Boyd High School in McKinney, Texas, for two seasons. He also taught economics at the school.

Hunt comes from a family with a lineage for coaching tennis. Austin’s brother, Alex, is the head men’s and women’s tennis coach at NCAA Division II Western New Mexico University. His father, Mark, and mother, Melissa, are high school coaches in the Dallas metropolitan area.

At Cornerstone, Hunt concluded his tennis career ranked fifth all-time with 94 career combined singles and doubles wins. His 46 singles wins while playing in the top half of the lineup are the fourth-most in team history as are his 48 doubles wins.

Hunt earned all-district honors all four years for Permian High School while playing No. 1 singles and No. 1 doubles. Throughout his juniors career playing in United States Tennis Association tournaments, Hunt reached an all-time high ranking of No. 22 in the state of Texas, as well as No. 420 nationally.

At Hope, Hunt aims to invest in his student-athletes as his coaches did for him throughout his playing career.

“My coaches used the game of tennis to better you as a person,” Hunt said. “They explained how the emotions you’re feeling, the daily grind, can better you on and off the court. They were very intentional.

“This is what, deep down, gave me the interest in being a college coach. Not only do I get to coach the sport I love, but it’s also my turn to help these young student-athletes realize they can use the sport to become who they want to be.”