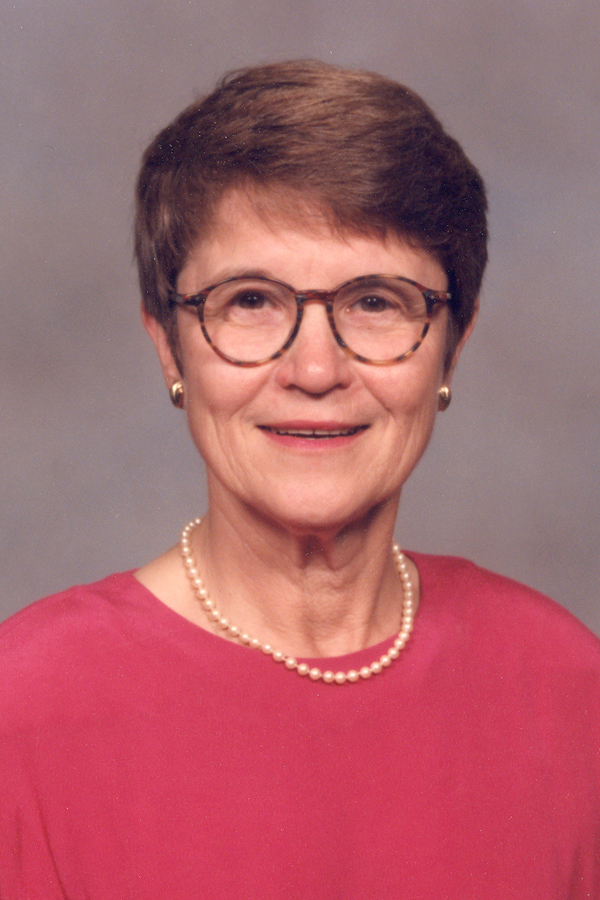 Celebration of Life Scheduled in Remembrance of Maxine DeBruyn

A Celebration of Life will be held at Hope College on Saturday, Sept. 4, at noon on the green space across from the college’s Dow Center in remembrance of Maxine DeBruyn, who founded the college’s nationally accredited Department of Dance.

DeBruyn, who died on Wednesday, Dec. 9, at age 83, not only pioneered the creation of the college’s dance department beginning in the 1960s, but was active in dance education internationally for more than half a century, holding multiple leadership positions in professional associations at the state, regional and international level.

“Max has had a lasting impact on countless lives through her tireless and enthusiastic decades as a master teacher and leadership in dance here at Hope and around the world,” said Matthew Farmer, who is the Dorothy Wiley DeLong Associate Professor of Dance — and was also one of DeBruyn’s students, graduating from Hope in 2004. “We couldn’t honor her and that legacy together last year because of the pandemic, and we hope that everyone who loved her will enjoy this opportunity to gather and celebrate her many contributions to the Holland community, Hope College, dance and education.”

The event will include an opportunity for guests to share their memories, as well as reflections by colleagues.  It will also feature a performance of “Snickerdoodles,” an original work by DeBruyn that premiered during the department’s Dance 18 concert in 1992.

DeBruyn initiated the college’s Department of Dance with a single course shortly after coming to Hope in 1965.  From that first class, the program grew into a department in 1974 and a major in 1984. The academic program has been accredited by the National Association of Schools of Dance (NASD) since 1982.

She retired from Hope in 2006 as the Dorothy Wiley DeLong Professor Emerita of Dance, but continued to teach at the college and remained active in professional associations and dance education for several more years.

She chaired the college’s dance program from its beginning through the 2003-04 school year. In addition to being active as a teacher and choreographer, among other service she was head cheerleading coach from 1968 to 1996; founded and directed the Strike Time Dance Company, an affiliate company of the Department of Dance that brings dance to children in grades K-6; and founded and advised the student Sacred Dance Group.  She continued to teach dance classes at the college for several years after retiring.

A 1959 graduate of Michigan State University, she received numerous honors for her extensive involvement in dance education. She received multiple service awards through the years from the Midwest District of the AAHPERD; a service and leadership award from AAHPERD in 1987; and the Honor Award from Michigan Association of Health, Physical Education, Recreation and Dance in 2000. She received a Presidential Citation from the National Dance Association for dance assessment in 1992. In 1989, her work in the arts was cited in the U.S. Congressional Record and in a Joint Concurrent Resolution from the State of Michigan Legislature. For her community impact, she received the Resthaven Good Shepherd Award in 2011, honored as “a leader in senior wellness throughout the Holland/Zeeland, Michigan community.”

DeBruyn played a leadership role in the effort to establish the college’s DeLong Professorship in the 1980s. The endowment was for many years used to bring additional dance professionals to campus to work with students. Hope named her to the professorship in 2002 and committed to supporting the visits in other ways.  She received the college’s Ruth and John Reed Faculty Achievement Award in 2001, and was honored by the Alumni H-Club at Hope in 1985 and 1996.

She was preceded in death by her husband, Bob DeBruyn, and is survived by her daughter, Margaret DeBruyn.

Due to restrictions on gatherings resulting from the COVID-19 pandemic, the burial service was a private occasion.  Arrangements in December were by Yntema Funeral Home of Zeeland, Michigan.  Memorial contributions may be made to the Maxine DeBruyn Endowment for Dance at hope.edu/give/debruyn or O.A.R. Inc.