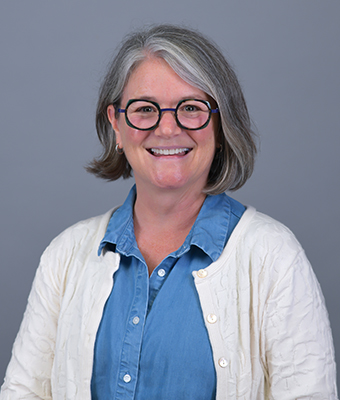 December 1, 2021 — by Public Affairs and Marketing

Dr. Kristen Gray of the Hope College staff has received the Lifetime Achievement Award from the Association for University and College Counseling Center Directors (AUCCCD).

Each year, AUCCCD recognizes member achievements that exemplify excellence in the promotion of campus mental health. As described by the AUCCCD, the award honors Gray for having provided “outstanding service to AUCCCD and exemplary leadership in the field of University and College Counseling Centers at the highest national levels.”

It is the second time that Gray has received national recognition from the association.  In 2017, she received the AUCCCD’s President’s Award in praise of her many years of meritorious service and valuable contributions to the organization.

Gray transitioned this past January to a new role as Hope’s off-campus study advisor, but for the preceding 23 years was associate dean for health and counseling and director of the Counseling and Psychological Services office.  Throughout her time as associate dean and director, she was also actively involved in the AUCCCD, which is the largest organization of campus mental health leaders in the world.

Gray joined the Counseling and Psychological Services staff as a counselor in 1993, and became associate dean and director in 1998.  She also teaches in the Phelps Scholars Program and previously taught in the Department of Psychology. She delivered the college’s Commencement address in 2019.

She initially served at Hope from 1987 to 1990 as assistant director of Career Planning and Placement Services.  She was subsequently a crisis counselor and in career services with the Center for Women in Transition in Holland before returning to the college.

Gray has been a member of the AUCCCD since 1998.  From 2017 to 2020, she was a member of the association’s Governing Board with additional responsibility as a liaison to the American College Counseling Association. From 2011 to 2016, she was a member of the AUCCCD’s Elements of Excellence Steering Committee, which plans and develops programming for the national conference.  She made presentations on a variety of topics during the annual conference 20 times between 2005 and 2021; and co-facilitated the Women’s Networking Lunch from 2007 through 2019, and the New Member and First Time Attendee Orientation and Mentor Program from 2013 through 2017.

Gray graduated from Gustavus Adolphus College with majors in Scandinavian studies and early childhood education, and completed her doctorate in clinical psychology at Adler University.  While pursuing her doctorate, she held clinical placements through Holland Hospital Behavioral Health.