The Hope College Board of Trustees has appointed two new members.

Newly elected for three-year terms are Andrew Ohm of Seattle, Washington, and Laura Paredes of the New York metropolitan area. The appointments became effective on July 1.

Re-elected to a four-year term is the Rev. Dr. Nathan Hart of Greenwich, Connecticut.

Trustees who have concluded service on the board are the Rev. David Bast of Grand Rapids, Michigan; Dr. Gerald J. Pillay of Liverpool, England; and Suzanne L. Shier of Chicago, Illinois. 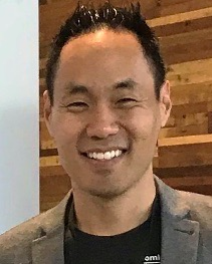 He previously worked in global whitespace innovation for Starbucks, where he led design strategy for new cold coffee concepts and applied futures thinking. Prior to Starbucks, Ohm spent over a decade in brand management, innovation, and management consulting at AON Hewitt, CEB Gartner, Kraft Foods, and Taco Bell.

In addition, he is active in organizations focused on professional development and global social impact. Ohm is a Fellow with IDEO U, where he helps coach others worldwide in applying design thinking methodologies and mindsets. He is a member of InVision’s Design Leadership Forum, whose mission is to advance the practice of design leadership by fostering a community where the world’s best can learn from one another. He is also a First Movers Fellow with the Aspen Institute, the leading global network and professional development program for corporate social intrapreneurs.

Ohm is a 2000 graduate of Hope, where he majored in business administration and psychology, and earned his MBA in corporate strategy and marketing from the Ross School of Business at the University of Michigan. While at Hope, he participated in off-campus study in Philadelphia, Pennsylvania, through the Philadelphia Center; was president and co-founder of the Asian Student Union (then named the Hope Asian Perspective Association); and was a member of the Mortar Board honorary society, the varsity men’s tennis team, and Psi Chi – The International Honor Society in Psychology. He is actively engaged in the life of the college and currently serves on the Hope College Alumni Association Board of Directors.

He resides in Seattle with his wife, Cassie, and their two sons. 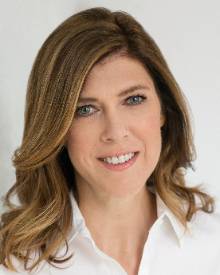 Paredes has spent more than 20 years in nearly every aspect of the communications field.

She is currently an independent communications consultant. And, she serves as a Board Member at Jill’s House in McLean, Virginia.

Most recently, she led people experience and communications in a new role for WPP, a holding company for some of the world’s most prestigious creative firms. She was recruited to WPP from Merrill Lynch, where she served as an SVP of Communications.

Prior to Merrill, Paredes worked in corporate communications at GE and public and government affairs at ExxonMobil.

She has an MBA from Washington University in St. Louis and a BA from the University of California, Berkeley.

She is from Southern California, where she met her husband, Troy A. Paredes.