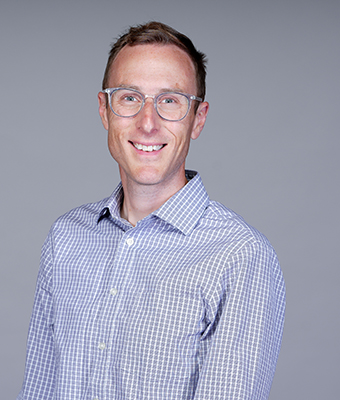 How to Pass the Cranberries and Skip the Argument

Hoping to help Thanksgiving or Christmas dinner feel more like Norman Rockwell’s “Freedom from Want” than a cage fight even though your relative has started talking politics? Want to keep things civil when your co-worker brings up religion? Looking for an all-year approach to life that combines increased confidence with increased kindness? Then “Humble” by Dr. Daryl Van Tongeren of the Hope College psychology faculty may be the book for you.

Van Tongeren is a social psychologist who is nationally recognized for his research on humility, which he has been studying for the past decade.  Having observed its benefits to individuals and society, he wrote “Humble” — subtitled “Free Yourself from the Traps of a Narcissistic World” — for those who would like to cultivate the virtue themselves.

“Research confirms that it can make relationships better, improve people’s work and productivity, and help groups that typically disagree get along,” he writes. “It can foster openness, curiosity and genuine respect for others — including people who might seem so different from us.”

Adam Grant, bestselling author of “Think Again” and host of the podcast “WorkLife,” is among those who have praised “Humble,” saying, “In a world filled with overconfidence, there’s no virtue more underrated than humility. In this lucid, thoughtful book, a leading expert makes a pervasive case for being honest about your weaknesses — and shows how that can be a source of strength.”

Although he notes that definitions vary, Van Tongeren explains that researchers most often describe humility with three features: an accurate self-assessment, the ability to regulate one’s ego and an orientation toward other people.

“A helpful metaphor for balancing the three features of a humble character is to think of humility as being the right size,” he writes. “Humble people match their self-concepts and actions more accurately to reality. They know their strengths and weaknesses and don’t need to brag nor shrink in the presence of others.”

Van Tongeren emphasizes that humble people are not doormats. Instead, they realize that they don’t need to shout down or belittle others.

“Humility is not about weakness,” he writes. “It takes security, confidence and a realistic view of the world to be humble.”

He acknowledges that the virtue is countercultural.  Society, he says, has in contrast been prioritizing self-esteem with a focus on external approval — resulting in a fragile sense of self and damaging results.

“We’re left feeling more insecure and defensive than ever, scrambling to protect our sense of self and views rather than being able to interact with people with whom we disagree and to accept criticism from those who see the world differently than we do. We approach the world ready to defend our beliefs rather than learn from the evidence,” he writes. “We can get lost in the anxiety of social comparison and the fear of evaluation, with our attention dedicated to an endless cycle of self-validation seeking that grants us a momentary dopamine hit for each endorsement from our tribe (that looks like us, believes like us and talks like us) but ultimately leaves us feeling empty.”

Cultivating humility can make a worthwhile New Year’s resolution, but those who put it on their short list of possibilities may want to keep in mind the old joke about how to get to Carnegie Hall.

“One thing I would say is that there’s no quick fix for humility,” Van Tongeren said. “You’re not going to do a quick life hack where in five minutes a day you’re going to revolutionize your life.”

“Humility takes work, and I think that culturally we have a moving sidewalk that’s always really pulling us towards narcissistic arrogance,” he said. “And so if you really want to make lasting, sustained change, you have to put in the practice time and time again.”

For anyone thinking to apply the principles as they interact with others — whether in the coming weeks in the spirit of peace on earth and goodwill toward men, or beyond, Van Tongeren has a few suggestions.

“The place to start is that humility is for ourselves — that we shouldn’t expect other people to be humble and not us,” he said.

“The second thing is that it’s important to value relationships over proving that you’re right,” he said. “Some relationships are worth preserving more than proving to other people our intellectual superiority or making sure that they affirm the beliefs that we affirm.”

“And then the third is to cultivate a genuine interest in someone else’s perspective,” Van Tongeren said. “Sometimes we just can’t wait for someone else to stop talking while we’re mentally formulating the arguments to rebuff their point. That’s no way to be in a relationship. Genuinely cultivate curiosity. Ask yourself, ‘What might be leading them to think that?’ and keep their humanity. Make sure that you keep seeing them as human, not just as someone who ‘believes this’ or ‘voted for this person.’ They’re a human being, just like you.”

“Humble: Free Yourself from the Traps of a Narcissistic World” was published in June by The Experiment of New York City, and is available via Amazon and other booksellers.  The hardcover retails for $26.95, and it is also available at other prices in paperback and electronic formats.