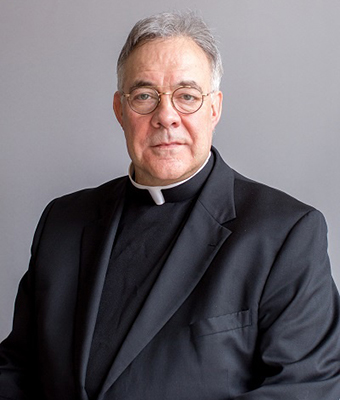 Lecture on Oct. 17 to Discuss “The Economics of the Parables”

Father Robert Sirico, who is president emeritus and co-founder of the Acton Institute, will relate timeless biblical wisdom to contemporary issues through the address “The Economics of the Parables” on Monday, Oct. 17, at 7 p.m. at Hope College in Winants Auditorium of Graves Hall.

The event is co-sponsored by the Markets & Morality student organization at Hope and the Saint Benedict Institute.  The public is invited, and admission is free.

The lecture will be based on Sirico’s book of the same title, published this past May.  As described in the overview of the book, “In ‘The Economics of the Parables,’ Rev. Robert Sirico pulls back the veil of modernity to reveal the timeless economic wisdom of the parables. Thirteen central stories — including ‘The Laborers in the Vineyard,’ ‘The Rich Fool,’ ‘The Five Talents’ and ‘The Faithful Steward’ — serve as his guide, revealing practical lessons in caring for the poor, stewarding wealth, distributing inheritances, navigating income disparities, and resolving family tensions.”

In his capacity with the Acton Institute, Sirico lectures at colleges, universities, and business organizations throughout the U.S. and abroad. His writings on religious, political, economic, and social matters have been in publications including the New York Times, the Wall Street Journal, Forbes, the London Financial Times, the Washington Times, the Detroit News, and National Review. He is often called upon by members of the broadcast media for statements regarding economics, civil rights, and issues of religious concern, and has provided commentary for CNN, ABC, the BBC, NPR, and CBS' 60 Minutes, among others.

Sirico received his Master of Divinity degree from the Catholic University of America following undergraduate study at the University of Southern California and the University of London. During his studies and early ministry, he experienced a growing concern over the lack of training religious studies students receive in fundamental economic principles, leaving them poorly equipped to understand and address today's social problems. As a result of these concerns, he co-founded the Grand Rapids-based Acton Institute with Kris Alan Mauren in 1990.

In April 1999, Sirico was awarded an honorary doctorate in Christian ethics from the Franciscan University of Steubenville, and in May 2001, Universidad Francisco Marroquin awarded him an honorary doctorate in social sciences. Sirico, who holds dual Italian and American citizenship, is a member of the prestigious Mont Pèlerin Society, the American Academy of Religion, and the Philadelphia Society, and is on the Board of Advisors of the Civic Institute in Prague. He also served on the Michigan Civil Rights Commission from 1994 to 1998.

His pastoral ministry has included a chaplaincy to AIDS patients at the National Institutes of Health. He is currently the Pastor of Sacred Heart of Jesus parish in Grand Rapids.

Markets & Morality student organization aims to support and celebrate freedom of expression in the context of the liberal arts by hosting speakers and films on topics spanning the economic, political and cultural aspects of human civilization, with a special concern for human flourishing as understood in Christian perspective.

The Saint Benedict Institute is a ministry of St. Francis de Sales Catholic Church in Holland. It seeks to promote and nurture intellectual work done from the heart of the Catholic Church, to foster an ecumenical community of Catholic Christians and friends committed to the renewal of culture, and to aid in the formation of intellectually and spiritually mature Christians by making available the riches of the Catholic tradition to Hope College and the wider community. More information can be found at saintbenedictinstitute.org.

Graves Hall is located at 263 College Ave., between 10th and 13th streets.