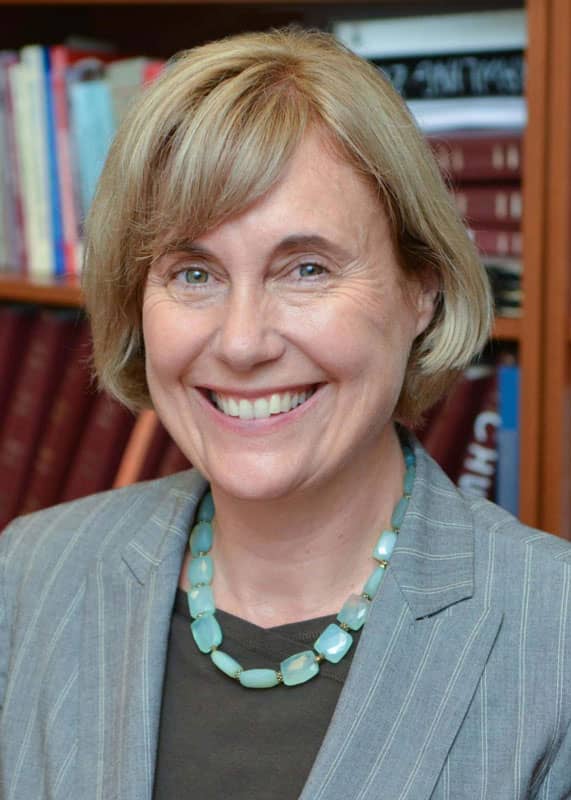 Lectures to Focus on Medicinal Benefits of Researching RNA, “the Multifunction Tool of Nature”

Dr. Anna Marie Pyle of Yale University will focus on the new medicinal benefits resulting from increased understanding of how RNA functions through two lectures while at Hope College on Thursday and Friday, Sept. 29-30, through the college’s James and Jeanette Lectureship in Chemistry.

The public is invited to both talks. Admission is free.

Pyle is the Sterling Professor of Molecular, Cellular and Developmental Biology and professor of chemistry at Yale University. She has been a Howard Hughes Medical Institute Investigator since 1997.

Pyle leads a research group that specializes in structure and function of large RNA molecules and RNA remodeling enzymes. The Pyle laboratory uses a diverse set of biochemical and biophysical techniques, including crystallography and chemical probing, to understand the structural complexity of RNA architecture. Her pioneering experimental work is complemented by efforts to develop new computational tools for modeling, analyzing and predicting RNA structure.

Her first lecture, “The Life of RNA in Nature and Medicine,” will be on Thursday, Sept. 29, at 6 p.m. in Winants Auditorium of Graves Hall and is intended for a general audience. As she has outlined in the presentation’s abstract, RNA “can serve as a blueprint for protein synthesis (for example, messenger RNA), or it can fold into complicated shapes that catalyze reactions in the cell (like ribosomal RNAs or splicing RNAs). The many functions of RNA in the cell are just becoming apparent, and each of these has the potential to revolutionize medical treatments against cancer, pathogens and genetic diseases. In this talk we will ‘see’ RNA, watch it fold, and learn how it is being re-engineered into new types of medicines.”

Her second lecture, “Visualizing and targeting the unique features of fungal RNA metabolism: the path to a new generation of antifungal therapies,” will be on Friday, Sept. 30, at 4 p.m., also in Winants Auditorium of Graves Hall, and will be more technical in nature. She will describe her research team’s creation of a platform for creating antifungals that are well tolerated by human patients.

Pyle obtained her undergraduate degree in chemistry from Princeton University, and received her Ph.D. in chemistry from Columbia University in 1990. During her graduate work with Professor Jacqueline K. Barton, Pyle developed transition-metal complexes for recognizing DNA microstructures and initiating site-specific redox chemistry. Pyle was a postdoctoral fellow in the laboratory of Thomas Cech, where she began her studies on molecular recognition of RNA. Specifically, she investigated the role of 2’-hydroxyl groups in the stabilization of RNA tertiary structure.

She formed her own research group in 1992 in the Department of Biochemistry and Molecular Biophysics at Columbia University Medical Center. She moved to Yale University in 2002. Pyle teaches the undergraduate Molecular Biology course at Yale, where she also leads initiatives to rebuild basic science infrastructure.

At Brookhaven National labs, she is the vice-chair of the Science and Technology Steering Committee and on Beamline Advisory Teams at the NSLSII light source. Pyle was recently elected president of the RNA Society and she previously served as chair of the MSFA Study Section, permanent member on the MSFE and MGB Study Sections at the National Institutes of Health.

Pyle has organized numerous meetings, including Gordon Conferences, FASEB, Keystone and Telluride Meetings. She is the co-editor of Methods in Enzymology, and serves on the Editorial Boards of eLife and the Journal of Molecular Biology. She is a member of the American Academy of Arts and Sciences, and has received two awards from the Blavatnik Fund for Innovation. She is also a fellow of the American Association for the Advancement of Science. Pyle is the author of over 170 publications.

The James and Jeanette Neckers Lectureship and Student Assistance Fund through which Batteas is speaking was established in 1984 by Dr. James W. and Jeanette Hoffman Neckers, members of the college’s Class of 1923, to support annual lectureships in chemistry. Through additional gifts from Dr. Neckers, the fund was expanded to include student summer research stipends and student scholarships.

James Neckers was chairman of the Department of Chemistry at Southern Illinois University at Carbondale for 37 of his 40 years at the university. Under his leadership, the department grew from a three-year offering in chemistry to granting the doctorate, and the faculty grew from three to 23. Jeanette Neckers died on June 10, 1992, and James Neckers died on May 8, 2004.