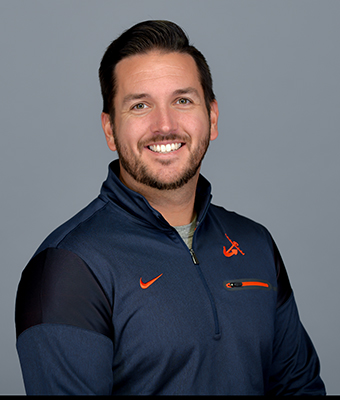 The PTR and USPTA both certify and educate tennis professionals in their long-term development.  Ford will receive the USPTA award on August 14 during the Western and Southern Open, which is a professional tennis tournament in Cincinnati, Ohio; and the PTR award on November 10 during the PTR International Symposium, a continuing-education event for tennis teaching professionals, in Indian Wells, California.

Ford has directed Hope’s Professional Tennis Management (PTM) program since 2018.  The program is a combination of academic coursework and practical experiences that prepare college students for a career in the tennis industry. Hope is one of only nine colleges in the country to offer a PTM program via accreditation through the USTA, which is the governing body for tennis in the United States.

He joined the Hope staff as a tennis professional at the college’s DeWitt Tennis Center in 2005, and became head professional in 2010.  In addition, he coached the women’s tennis team from 2013 through 2016 and the men’s tennis team in 2016. His teams earned three Michigan Intercollegiate Athletic Association titles and four NCAA Division III Tournament appearances in his four seasons.

Beginning in 2016, he was with the Greater Midland Tennis Center as director of the Tournament Training Program (TTP) and director of Junior Tennis for two years.  He returned to Hope in 2018 to direct the college’s PTM program.

Ford is a USPTA Elite Professional, a PTR Professional and United States Tennis Association (USTA) High-Performance Tennis Coach. He is also a Certified Human Performance Institute Mental Toughness Specialist, Racquetfit Certified Coach and an Etcheberry certified speed and agility trainer.  The PTR also named him the Michigan Tennis Pro of the year in 2011, and in 2013 Racquet Sports Industry magazine named him to its inaugural “30 Under 30” list of those in the tennis industry who are helping move the industry forward.

Ford played college tennis for four years at Division I Northern Illinois University. He and a doubles partner were ranked as high as 33rd nationally among Division I players.

Hope’s tennis facilities are grouped within the Etheridge Tennis Complex, and include the six-court, indoor DeWitt Tennis Center, which opened in 1994; and the 12-court, outdoor VandePoel-Heeringa Stadium Courts, which opened during the summer of 2012.  The DeWitt Tennis Center was named the Outstanding Organization of the Year for 2016 by the Western Michigan Tennis Association (WMTA) in 2013 and 2016, and the national Public Facility of the Year by the PTR in 2010.  In 2013, the VandePoel-Heeringa Stadium Courts received a USTA Facility Award in the Educational Institution category, when they were additionally lauded as the USTA’s Featured Green Facility of the Year, and were chosen as the Outdoor Tennis Court of the Year by the American Sports Builders Association (ASBA).