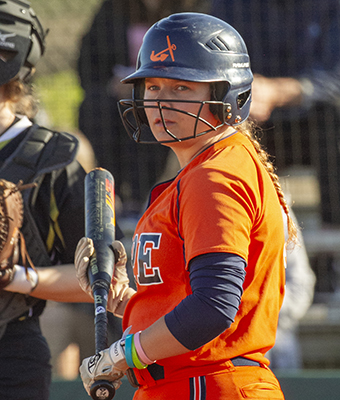 Hope College’s Kaelin Callow has been voted to the College Sports Information Directors of America Academic All-District® Softball Teams for the 2022 season.

Callow is one of 12 academic all-district selections from NCAA Division III in District 6 that includes schools from Michigan, Wisconsin and Minnesota. The senior from Plainfield, Illinois (Plainfield HS) is one of four infielders to receive the distinction.

A biology major, Callow graduated from Hope College this month.

On the field, Callow batted .344 this season for the Flying Dutch, who finished with a 26-12 record and were runner-up in both the MIAA regular-season standings and the league tournament.

Defensively, Callow shined as well and did not commit an error in 256 total chances at first base.

The CoSIDA Academic All-District® teams include the student-athletes listed on the following pages and are divided into geographic districts across the United States and Canada.