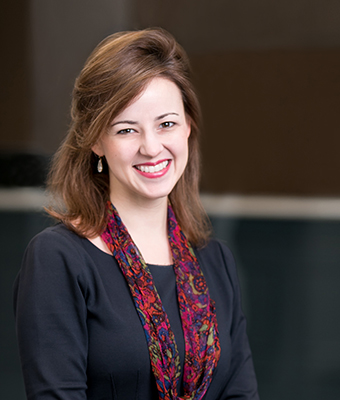 Address to Explore Generosity of Spirit as Crucial for Society

Generosity of spirit as a crucial virtue for a successful society will be the focus of an address by Anne Snyder, editor-in-chief of Comment magazine, at Hope College on Wednesday, April 20, at 7 p.m. in Winants Auditorium of Graves Hall.

Snyder will present “Is a Gift Economy Possible?”  The address will be followed by a question-and-answer session and discussion with Hope College President Matthew A. Scogin.

Snyder’s interest in the topic is reflected in Comment’s recent Winter issue, which featured essays by multiple authors that explored “The Gift Logic.”

“We assume that gifts are a kind of life décor, not something that could live viably at the core,” she explained in her introductory editorial. “But what if we’re missing out by resigning gifts to the periphery? What if in our modes of survival and preservation of sanity, we are sidestepping gift as the truest and most life-giving law there is?”

She continued: “How might more real-world experiences of the gift logic shift our ideals of what kind of leadership is needed to serve the commons effectively in the twenty-first century? What is the texture of formation that has given shape to those who have become willing to die so that others might live?”

The premise derives from Mark 12:41-44, in which Jesus praises the generosity of the poor woman who gave all of her money to the temple, even though wealthy donors had contributed larger amounts. (Mark 12:43-44, NIV: “Calling his disciples to him, Jesus said, ‘Truly I tell you, this poor widow has put more into the treasury than all the others. They gave out of their wealth; but she, out of her poverty, put in everything — all she had to live on.’”)

The concept of generosity and of fostering a culture of generosity of spirit is a thematic focus at Hope, where it is one of three pillars — along with accessibility and community — of the college’s “Hope Forward” initiative. Through “Hope Forward,” the college seeks to one day fully fund tuition for every student so that they can pursue impact instead of incurring debt and needing to chase income. Rather than require students to pay for their own degrees, the approach will ask them to contribute to the college voluntarily after they graduate to support those who follow — just as others’ generosity once supported them.

In addition to serving as editor-in-chief of Comment magazine, Snyder is the host of “The Whole Person Revolution” podcast. She interviewed Scogin about “Hope Forward” on Jan. 27.

Through her role with Comment, Snyder also oversees the publication’s partner project, “Breaking Ground,” a searchable online archive of essays, podcasts, sermons and other material reflecting on the events of 2020 and 2021 from the Christian humanist tradition.  She is co-editor of the book that resulted from the project, “Breaking Ground: Charting Our Future in a Pandemic Year,” published in January 2022.

From 2016 to 2019, she directed The Philanthropy Roundtable‘s Character Initiative, a program seeking to help foundations and business leaders strengthen “the middle ring” of morally formative institutions. Her path-breaking guidebook, “The Fabric of Character: A Wise Giver’s Guide to Renewing our Social and Moral Landscape,” was published in 2019. She is also a 2020 Emerson Fellow, a Senior Fellow of The Trinity Forum, and a Fellow at the Center for Opportunity Urbanism, a Houston-based think tank that explores how cities can drive opportunity for the bulk of their citizens.

From 2014 to 2017, Snyder worked for Laity Lodge and the H.E. Butt Family Foundation in Texas, and before that, the Ethics and Public Policy Center, World Affairs Journal and The New York Times. She has published widely, including The Atlantic Monthly, The Washington Post, City Journal and Comment, and serves as a trustee for the Center for Public Justice, the Hyde Park Institute and the Colangelo Carpenter Innovation Center.

She spent the formative years of her childhood overseas before earning a bachelor’s degree from Wheaton College and a master’s degree from Georgetown University. She currently lives in Washington, D.C.