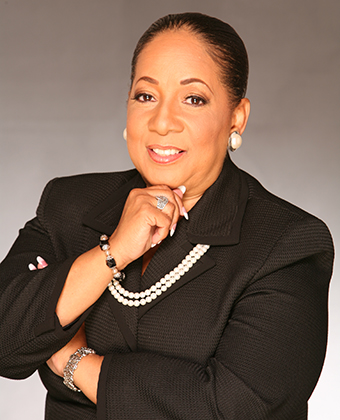 Sheyann Webb-Christburg, a civil rights activist, author and youth advocate, will present the address “Dr. King’s Smallest Freedom Fighter” on Monday, Jan. 16, 2023, at 2 p.m. in Dimnent Memorial Chapel.  Taking place during national Martin Luther King Jr. Day, her lecture will focus on growing up in the Selma Civil Rights Movement with King and others in the struggle to achieve the right to vote.  The address will be immediately preceded by a commemorative march that will begin at 1:15 p.m. at the college’s Haworth Hotel and conclude at the chapel.

Note: The commemorative march has been canceled due to the inclement weather in the forecast.

The next evening, she will participate in a panel discussion following a screening of the 1999 film “Selma, Lord, Selma,” which was based on her book of the same title.  The film will be shown on Tuesday, Jan. 17, 2023, at 6 p.m. in the Knickerbocker Theatre, with the discussion immediately following.  In addition to Webb-Christburg, the panel will include Dr. Chuck Green, professor emeritus of psychology, and Dr. Choonghee Han, professor of communication.  Shomari Tate, chaplain of discipleship at Hope, will moderate.

The public is invited to the march, address, and film and panel discussion.  Admission is free.

Webb-Christburg is nationally recognized for “Selma, Lord, Selma: Girlhood Memories of the Civil Rights Days,” which she co-authored with Rachel West Nelson and Frank Sikora.  Published in 1980, the story chronicles Webb-Christburg’s experiences as the youngest participant in the Selma-to-Montgomery “Bloody Sunday” march and memories with the late Dr. Martin Luther King, Jr., Jonathan Daniels, Viola Liuzzo, Rev. James Reed and other civil rights leaders during that time.  The film adaptation, which was by Walt Disney Television and premiered on ABC in January 1999, was nominated as the Best Television Mini Series by the NAACP Image Awards.

Webb-Christburg was born on Feb. 17, 1956, in Selma, Alabama in a family of eight children. At eight years old, she would sneak out of her house to attend mass meetings in the Selma movement.  She led the congregation in singing freedom songs. Her favorite was “Ain’t Gonna Let Nobody Turn Me Around.” She attended many demonstrations and protests for freedom and American voting rights.

She attended a segregated public school in Dallas County, Alabama until junior high, when she became one of the first Blacks to integrate an all-white school.  Webb-Christburg marks her junior high years as among her most traumatic.  She faced racial brutality daily, was suspended from school, pushed down stairs, spat on, and attacked various other ways both physically and verbally for the color of her skin; and nothing was done by the school administration.

Because of Webb-Christburg’s numerous encounters with racism and poverty, for more than 40 years she has helped thousands of youth in America gain the confidence they needed to break out of non-productive patterns and reach for success.  In 1980, shortly after graduating from Tuskegee University to pursue social work, she founded KEEP Productions — a youth development and modeling program to motivate young people to become better leaders of tomorrow, build self-esteem and confidence, overcome adversity, and find their true purpose.

Webb-Christburg’s presentation is sponsored by the college’s Center for Diversity and Inclusion, the Cultural Affairs Committee, Culture and Inclusive Excellence, multicultural student organizations and GROW Collaboration, and will be taking place as part of the college’s annual Civil Rights Celebration week.  The week honors all persons and groups who have worked toward the advancement of civil rights and social justice, and is organized in conjunction with the national commemoration of the life of Dr. Martin Luther King Jr.

The activities on Monday, Jan. 16, will include a leadership summit coordinated by the college’s Campus Ministries office for Hope students, faculty and staff that will reflect on the life, ministry and work of King, and provide inspiration and confidence to continue his impact in shaping structural and systemic efforts for unity.  The day will conclude with three screenings of the film “King in the Wilderness” — at 5 p.m., 7 p.m. and 8 p.m. — at Sperry’s Moviehouse.  While the leadership summit is for the campus community, the public is also invited to the film.  The college’s students, faculty and staff are asked to preregister for the leadership summit, and because space is limited all who are interested in attending the screenings are asked to preregister at hope.edu/mlksummit

Due to the ongoing global COVID-19 pandemic, the Center for Diversity and Inclusion requests and encourages wearing masks indoors.