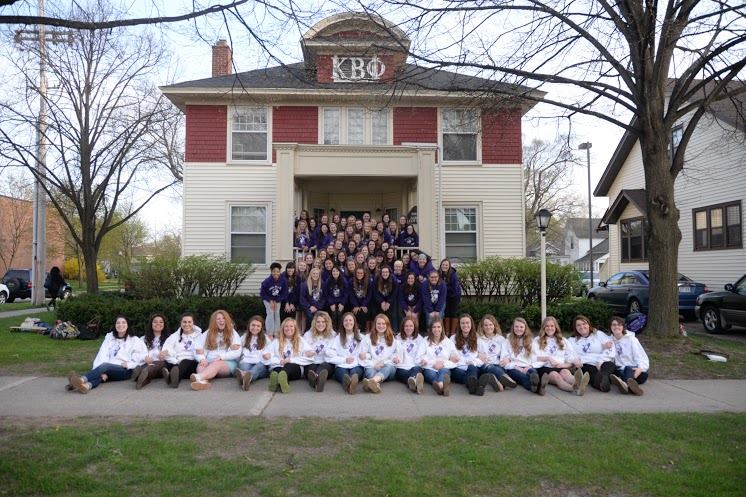 The Dorian Society was organized at Hope in 1921. The name Dorian represents that which is highest, finest and simplest. The Doric column, notable for its strength, simplicity and beauty, became the symbol of the society. Lavender and gold were chosen as the society's official colors and the yellow rose became the symbol of Dorian Friendship.

In 1941, the Dorian Society became a sorority with the Greek Letters Kappa (love and community) Beta (loyalty and reliability) Phi (friendship). The sorority adopted the wearing of lavender and yellow pledge pins in 1954, followed by the adoption of the sorority crest in 1961.

Due to widespread conflict over the Vietnam War and civil rights issues felt on campuses across the nation, the Dorian Sorority found themselves divided. On February 18, 1971, the final decision to disband was made as a result of internal conflict, financial problems, changing needs and different interests.

Fortunately, a group of women who shared the values and ideals of Dorian came together to reinstate the sorority in 1988. After many meetings with Panhel, the group succeeded in bringing the Kappa Beta Phi Sorority back to Hope College. They were given Albers Cottage as a new home for the sorority. Over a decade later, Dorian is alive and well on Hope's Campus carrying out the ideals of Kappa Beta Phi.