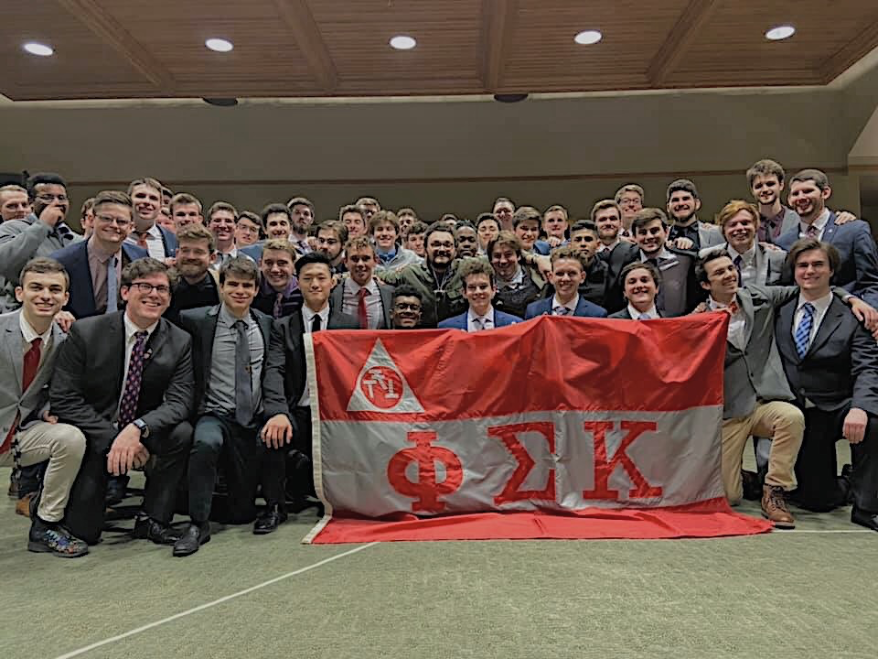 Nationally, Phi Sigma Kappa was founded on March 15, 1873, at the University of Massachusetts by William Brooks, Joseph Barrett, Xenos Clark, Frederick Campbell, William Clay and Henry Hauge. These six men of varied backgrounds, ages, abilities and goals in life, who saw the need for a new and different kind of society on campus.

Similarly, the local founding fathers of Phi Sigma Kappa saw the need for a different kind of society on campus. With nearly 20 men interested in this national fraternity, we had to first be accepted by the Extra-Curricular Activities Committee, as well as the Campus-Life Board before we could organize on campus. With the blessing of these two administrative boards, and the blessing of our Grand Chapter, we became an official colony of Phi Sigma Kappa.

Although the colony period lasted only a year, it was a time of great change and great improvements in our organization. We elected an Executive Board to take care of the administrative duties of the chapter, and this Executive Board appointed committee chairmen to develop philanthropy, social and fundraising events on and off campus. Although we were breaking new ground at Hope College, we had the full support of our faculty and nationally appointed chapter advisor. Their support and direction gave us the tools we needed to make preparations to become a recognized chapter of Phi Sigma Kappa.

Our chartering banquet on November 11th, 2003, was marked with appearances by brothers from all over the area. Groups from Western Michigan, Ferris State and Central Michigan University all came to Holland to celebrate the newest chapter of Phi Sigma Kappa. Also in attendance was one of the six members of our Grand Council, the national chapter’s Executive Vice President and many distinguished local alumni. After receiving our charter, we hit the ground running as we prepared for our first official rush and new member education period.

Again, as we stepped into uncharted territory, we had the guidance of the administration, our advisors, and the Grand Chapter to ensure not only a solid rush class, but also an outstanding New Member Education program. Our executive board and the rest of the chapter developed an NME program that not only eliminated hazing, but set us up for national recognition as our program won the outstanding New Member Education award at our annual national convention.

With a little luck, and a lot of hard work, Phi Sigma Kappa has become as strong as it has ever been. While we are new to the campus, we will become an enduring part of Hope College.