Learning a second — or third — language is a major advantage, whether you’re in a classroom or applying for a job. The Department of World Languages & Cultures represents a wide variety of languages; choosing any one of them will give you a leg up in life after graduation.

Not only will you broaden your horizons by being able to speak conversationally in a second language, but the skills you learn in the process are proven to help in many other areas of study.

Whether you choose to major or minor in a classical or modern language, you immediately give yourself an advantage over many of your peers: the ability to communicate effectively across cultures and become a bridge-builder for your future organization. 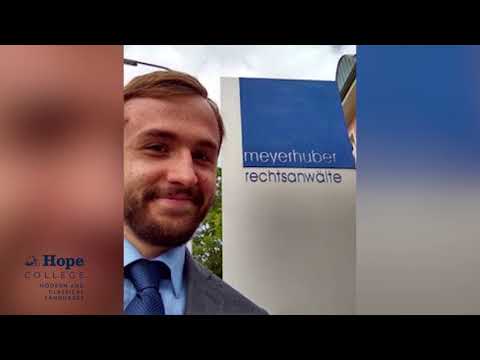 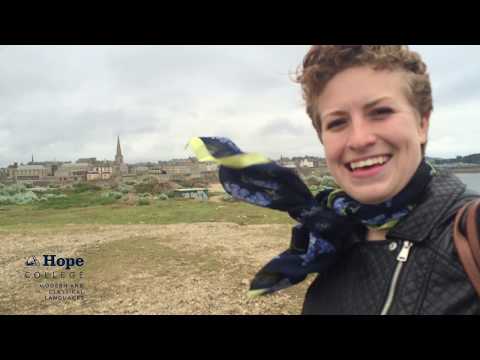 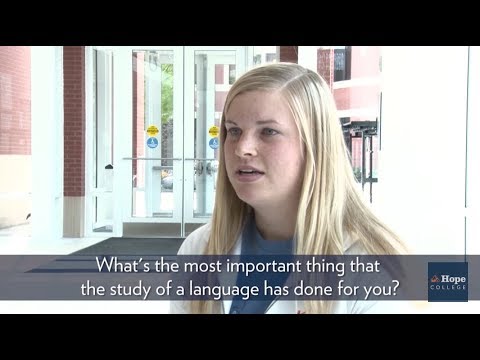 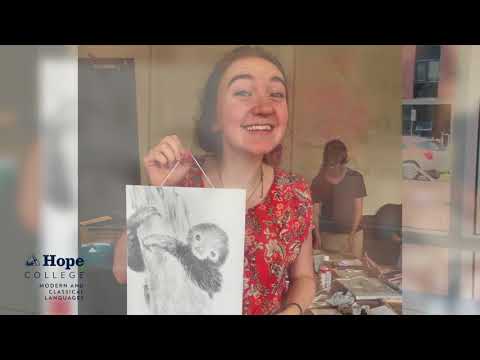 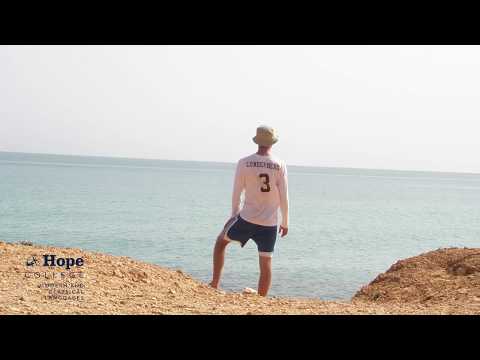 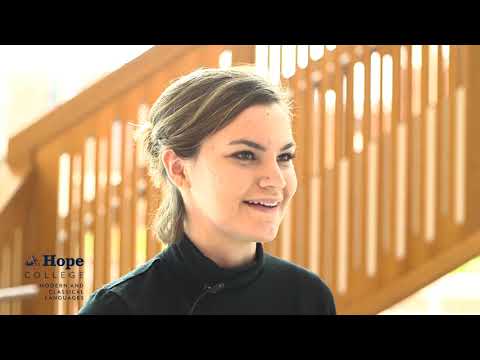 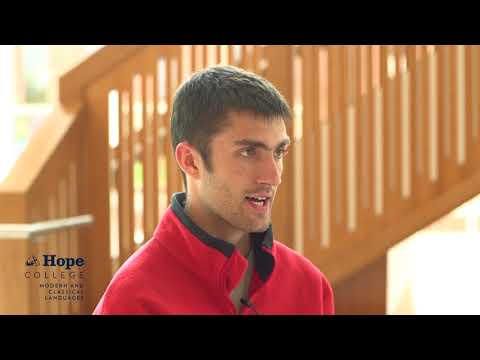 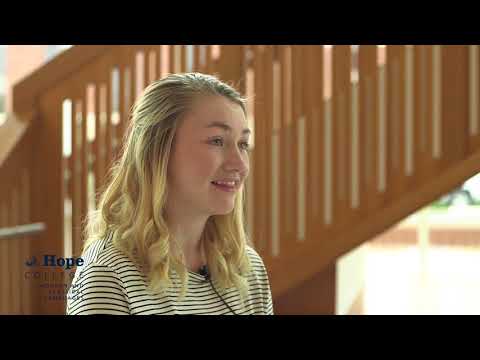 Classics
Our classics program is unique in our department in that it focuses on a combination of major and minor courses in ancient languages and a focus on the ancient world, which could mean history, philosophy, political science, art or theater. We study ancient civilizations along the Mediterranean Sea, with a special emphasis on Greece and Rome — placing you in direct contact with the major sources of Western civilization (both Christian and non-Christian).
French
If you're hoping to work in global business, learning French can be a major plus on your resumé — it's the second most important language for business. Plus, the language is spoken on five continents and regions in the world (Europe, Africa, Asia, the Middle East and North America). We offer French as both a major and minor. Consult one of our faculty members for ideas on how to double major.
German
Studying German at Hope gives you an opportunity to learn about this strong economic power and influential partner in the European Union. With conversation hours, opportunities in internships and after graduation programs, and a strong love of German card games, our German department offers much to students interested in pursuing either a major or a minor.
Japanese
The connection of Japanese culture and Hope College is a long one: one-third of Hope's 1872 graduating class was international students from Japan! Since then, we've built a strong program for our students seeking to learn the language and culture of a country we're so connected with. We offer Japanese as both a major and minor, and can guide you to opportunities after graduation.
Mandarin
Our Chinese department is designed for students who want to develop their knowledge of Chinese politics, economy, history and archaeology. If you're hoping to work in global business, learning Mandarin is one of the smartest decisions you can make, as it's routinely named the "most useful business language" in the world after English. We offer minor programs for Mandarin.
Spanish
Spanish is the second most-spoken language in the United States. By learning the language, you open up doors to an entire population and have the opportunity to participate on a local, state, national and international level. Our Spanish department is very active: from conversation hours to our Spanish House, we offer many opportunities to study the language outside of the classroom. Spanish is offered as a major and minor.

Why Major in a Second Language?

With our program's emphasis on conversational language skills, a language major from Hope equips you to communicate with people and in contexts you'd never be able to otherwise. Learning a second language gives you insight into the greater human experience.  Plus, studies show that a second language contributes to intellectual development through enhanced cognitive and analytical skills.

Even while you’re a student, studying and learning a second language opens new doors. Through our special programs and opportunities such as conversation hours, language houses, foreign film clubs and lectures, we offer a taste of the culture you’re learning, right here at Hope. Knowing a second language also gives you an advantage while traveling and studying abroad. We encourage language majors and minors to study off-campus for a semester, year or summer while at Hope.

Language majors enjoy many unique opportunities after graduation as well. Possessing fluency in a second language is seen as a major advantage for many companies during your job search.

Meet our exceptional faculty and staff

Explore opportunities to study language off-campus Read the latest from our "Spanish Speaking for the Community" course!

A Consequential Closing: The Chinese Exclusion Act of 1882

Check out an excerpt from an article by French alumna Rebecca Stanton published in Michigan History Magazine! For the full article, readers can subscribe to or purchase the March/April edition of Michigan History at hsmichigan.org.