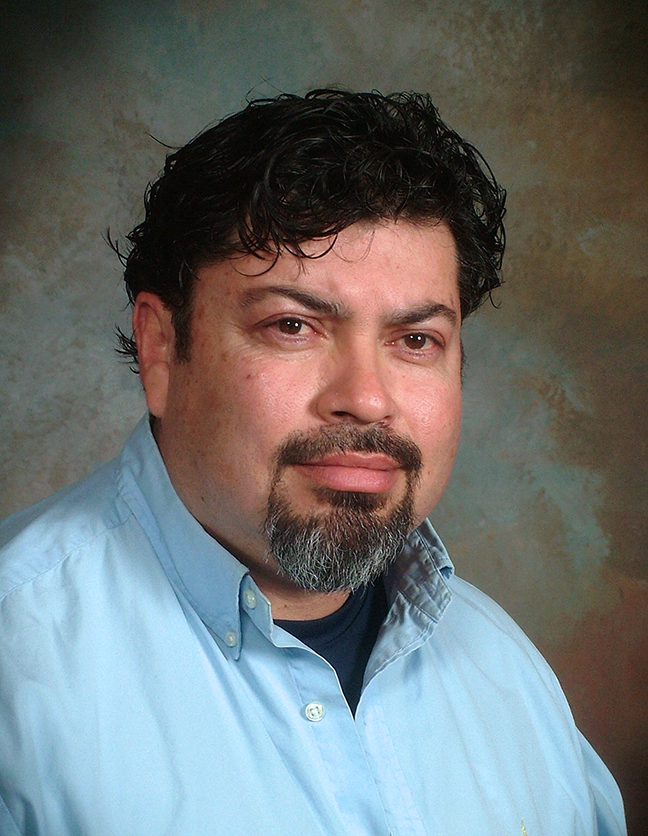 Jesus Montaño is a teacher/scholar of Latinx literatures and cultures, with special interest in children’s and young adult literary and cultural production in Our Americas. His teaching and research, in this way, examine the transformative and reparative power of writing and reading on young minds and spirits.

Tactics of Hope in Latinx Children’s and Young Adult Literature, his 2022 co-authored monograph, elucidates the role of knowledge and awareness in countering pernicious oppressions that Latinx youth face. The beating heart of this project is that books and reading transform lives. With these restorative and reparative principles as the governing ideas, Tactics of Hope shows ways in which the imagination is utilized to better our world. Social justice is likewise the primary imperative in Jesus’s current book project, Young Latinx Shakespeares: Race, Justice, and Literary Appropriation (which is under contract with Palgrave Macmillan). Latinx literary transfigurations of Shakespeare open new terrains wherein to imagine new versions of self and of community. In this, they showcase the potent force inherent in putting together Shakespeare and Latinx to propel social justice initiatives and movements. Jesus’s program of study also includes articles and book chapters published, or soon to be published, in leading journals such as The Lion and the Unicorn and Children’s Literature Quarterly and books such as Liberating Shakespeare (Arden Shakespeare).

Jesus’s popular and timely classes center relevant literary texts, art and films that more accurately represent peoples and cultures that otherwise are missing or misvalued in many curricula. Utilizing culturally sustaining pedagogies, Jesus invites students to engage with anti-racism processes and practices, with the ultimate goal that they discover worlds and peoples who are at once similar on many levels and yet whose differences highlight the genuine gifts gained from seeing multiple perspectives. The classes he teaches include multi-ethnic American literature (Survey of Ethnic American Literature and Introduction to American Ethnic Studies), children’s and young adult literature (Ethnic American Young Adult Literature), Latinx literature (The Latina Novel), hemispheric literature (Literature of Our Americas), and Shakespearean adaptations (Global Shakespeares).

Jesus often shares his stories with the Hope College community and the greater West Michigan community. His coming-of-age experiences tell of the promise of the American Dreams, its potential, and where it falls short. Jesus’s experiences in higher education illuminate the beautiful possibilities of following one’s dreams as well as describe the struggles of forging a path in academe.

His speaking engagements have included talks for the Alliance for Cultural and Ethnic Harmony and Lighthouse Immigrant Advocates. He delivered Hope College’s Commencement address in 2011.

Jesus is fascinated with photography and art. Via his photography, Jesus attempts to tell a story of the land and the sky and the peoples from which he came. His photographs, in this way, trace in light, color and shadows his “roots” and his “routes.”

He loves lucha libre (Mexican wrestling) and chupacabras (blood sucking creatures of Latinx legend). His dreams thus include donning a mask in the ring. He also believes that his pup is a chupacabra, as attested by numerous wrecked shoes and the times she has provided students feedback on their papers by tearing into them, literally.