“Last Lecture” to Explore “Some Things That Really Matter” 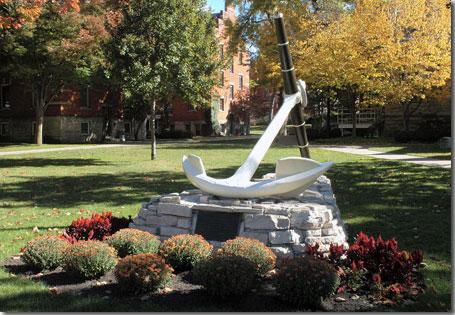 Dr. Steven Hoogerwerf of the Hope College religion faculty will present the address “Some Things That Really Matter (and a few complications)” on Monday, March 30, at 7 p.m. in the Maas Center auditorium through the “Last Lecture Series” organized by the college’s Alcor chapter of the national Mortar Board honorary society.

Hoogerwerf is an associate professor of religion at Hope, where he has taught since 1992.  He emphasizes service-learning in his teaching, developing resources to help students reflect on what they are learning as they engage in service to others.  His scholarship focuses on sexual ethics, medical ethics, and religion and society.

Among other activities, he has been a leader in the college’s spring break immersion trip program and co-leads a May Term course on the Pine Ridge Reservation, where students learn about the history, culture and religion of the Oglala Lakota tribe partly in the context of direct involvement in service to reservation residents.

In February 2007, he received a Michigan Campus Compact (MCC) Faculty/Staff Community Service-Learning Award.  He received the Faculty Appreciation Award from the college’s Student Activities Committee and student life office in 2009; was chosen by the graduating class to deliver the Commencement address in 2008; was presented with the “Hope Outstanding Professor Educator (H.O.P.E.) Award by the graduating class in 2007; and received the college’s Janet Andersen Excellence in Teaching Award in 2006.

His current community involvements include serving on the ethics committees of Holland Hospital, and as an ethics consultant to Freedom Village and Resthaven Patrons Inc.

Hoogerwerf graduated from Hope in 1977 with majors in religion and philosophy.  He completed his Master of Divinity degree at Western Theological Seminary in 1981 and his doctorate, in theology and ethics, at Duke University in 1991.

The title of the lecture series, which the chapter initiated during the 2008-09 school year to feature members of the college’s faculty and staff, is rhetorical.  The lectures are not literally presented as the last that the speakers will deliver at Hope, but are meant to highlight the advice that they would most want to share if the event was indeed the final opportunity for them to address the college’s students.  The speakers are asked to reflect on their careers and lives, and to think deeply about what matters to them and about what wisdom they would like to impart.

The concept was inspired by the “Last Lecture” delivered at Carnegie Mellon University by Dr. Randy Pausch on Sept. 18, 2007.  Pausch, a member of the Carnegie Mellon faculty who had terminal pancreatic cancer--a fact known at the time that he spoke--presented “Really Achieving Your Childhood Dreams.”  He died on July 25, 2008, at age 47.

Mortar Board is a national honor society that recognizes college seniors for outstanding achievement in scholarship, leadership and service, and provides opportunities for continued leadership development, promotes service to college and universities, and encourages lifelong contributions to the global community.  Since its founding in 1918, the organization has grown from the four founding chapters to 230 collegiate chapters with more than 250,000 initiated members across the nation.

The Alcor chapter has existed at Hope since the 1936-37 academic year, although it did not become part of the national Mortar Board organization until 1961.  The chapter has received multiple awards at the Mortar Board National Conference during each of the past several years, including being named the top chapter during the national conference in July 2010.  During the conference this past summer, the chapter received a “Golden Torch Award” and 25 “Project Excellence” awards.

The chapter also sponsored a “last chance talk” during the 1960s.  The idea back then was to invite a faculty member to express his/her ideas under the hypothetical assumption that this would be the last opportunity to address the student body.  The late Dr. D. Ivan Dykstra, professor of philosophy, delivered the first “last chance talk” in the spring of 1962.

The first 150 attending will receive their choice of one of three books while supplies of each last:  “Tuesdays with Morrie,” by Mitch Albom; “The Will of God as a Way of Life: How to Make Every Decision with Peace and Confidence,” by Jerry Sittser; or "Lament for a Son," by Nicholas Wolterstorff.  The chapter will also distribute copies of the “Last Lecture” to audience members following the address.

There will also be a freewill donation box, with all gifts supporting Mortar Board’s many service projects.