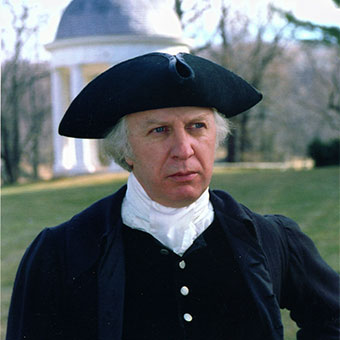 “Live” Interview and Q&A with Founding Fathers Scheduled for Dec. 8-9

Audience members can experience both history and television in the making during the filming of Episode Two of “Inventing America: Conversations with the Founders” on Thursday and Friday, Dec. 8-9, at 7:30 p.m. at Hope College in the DeWitt Center main theatre.

The public is invited.  Admission is free, although advance tickets are recommended.

"Episode 2 – ‘Making a Government,’” being filmed by WGVU Public Media, will feature a “live” interview and Q&A session with four of the nation’s Founding Fathers who were centrally involved in the creation of the U.S. Constitution in 1787.  One of the four, Alexander Hamilton, has particularly found his way into public consciousness recently due to the popular musical bearing his name.  The others will be Benjamin Franklin, James Madison and Gouverneur Morris, with a cameo appearance by George Washington.  Host and moderator will be Dr. Fred Johnson, associate professor of history, with the Q&A led by Dr. Marc Baer, who is a professor emeritus of history and interim dean for the arts and humanities.

“Inventing America” was created by Holland resident Milton Nieuwsma, a two-time Emmy Award winner, to tell the story of the American republic and apply the Founders’ ideas to the present time.  The format is modeled after Steve Allen’s classic “Meeting of Minds” series, which aired on PBS from 1977 to 1981.

The executive producer is Darell Schregardus of Davis, California, who like Nieuwsma is a 1963 Hope graduate.  The director is John K.V. Tammi, professor emeritus of theatre and the founding artistic director of the Hope Summer Repertory Theatre (HSRT).

“Making a Government” is the second of what is envisioned as an eight-part series spanning two centuries of American history.  It will be released in 2017 in connection with the 230th anniversary of the U.S. Constitution.  While imagined and presented as a retrospective, the conversation will be based on fact, using the Founders’ actual words.

The first episode of “Inventing America,” which focused on the development of the Declaration of Independence, was filmed at Hope in December 2014.  An early cut was shown at the college’s Knickerbocker Theatre and on WGVU in July 2015, with the finished version distributed to PBS stations nationwide this past summer via the National Educational Telecommunications Association (NETA).

Hamilton, Madison and Franklin will be portrayed respectively by Hal Bidlack, John Douglas Hall and John Hamant, whose experience in the roles ranges from 20 to 39 years.  Morris will be portrayed by Tom Bengston, whose acting credits include having appeared on the Hope stage earlier this year in HSRT’s productions of “The Fantasticks” and “Hairspray.”  Washington will be portrayed by Holland resident Gary Zell.

Hamant had also portrayed Franklin in the debut episode filmed in 2014, during which Baer was moderator and Johnson led the Q&A.

Tickets are available online at hope.edu/tickets as well as at the ticket office in the Events and Conferences Office located downtown in the Anderson-Werkman Financial Center (100 E. Eighth St.).  The ticket office is open weekdays from 9 a.m. to 5 p.m. and can be called at (616) 395-7890.