The association will present Distinguished Alumni Awards to Michael A. Magan, a 1988 graduate who resides in London, United Kingdom, and is currently the chief operating officer of Momo Group, a global mobile banking and payments startup headquartered in London; and Dr. Wendell Wierenga, a 1970 graduate living in Rancho Santa Fe, California, whose career has been in research, particularly in experimental chemistry research, cancer research and drug development.

The annual Distinguished Alumni Awards are presented by the Alumni Association Board of Directors in recognition of the awardees’ contributions across decades to society and service to Hope. The award, inaugurated in 1970 and presented during the college’s Alumni Banquet, is the highest honor that alumni can receive from Hope’s Alumni Association. 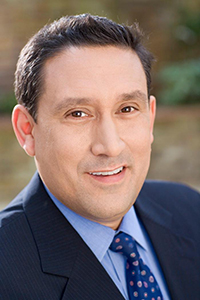 Magan has specialized in corporate and inter-governmental relations and has extensive private-sector and senior government experience.  He is a seasoned political veteran with more than 20 years of experience in Washington, D.C., and international affairs.

In addition to his current role at Momo Group, he has partnered with his wife, Dawn, at Magan Dahlgren Limited, which specializes in corporate affairs, inter-governmental relations, strategic communications and working with various charities focused on ending the plight of human trafficking.  His professional involvement also includes serving as a policy-fellow with the ACU Foundation.  Based in London since 2008, he was previously a senior vice president with the Legatum Institute, a foreign- and economic-policy think tank.

Prior to moving to London, he served in several senior foreign policy positions in the Bush administration.  For two years, he was special assistant to the president and senior director for relief, stabilization and development on the National Security Council at the White House.  He was also with the U.S. Agency for International Development for two years, first as director of the Office for Faith-Based and Community Initiatives, and then as deputy assistant administrator for the Bureau for Latin America and the Caribbean.  He also served as associate deputy undersecretary for the U.S. Department of Labor’s Bureau of International Labor Affairs for two years.

His career has also included serving as vice president, deputy chief of staff and manager-western hemisphere with the U.S. Chamber of Commerce; as a regional program director for Latin America and the Caribbean with the International Republican Institute; and as a congressional staff member.

Magan majored in political science at Hope, where his activities also included varsity swimming, the Arcadian fraternity, the Chapel Choir and Fellowship of Christian Athletes.  Immediately after Hope, he conducted coursework at the University of Lima in Peru.

Magan is a second-generation Hope graduate, the son of Dr. Michael ’62 and Mary Magan.  He and Dawn have three children, the youngest of whom, Mary Margaret, is a Hope senior. 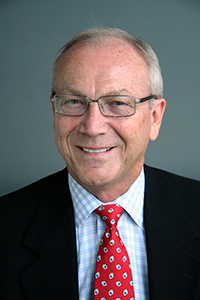 He led or participated in the research and development of more than 16 new drug applications and 16 marketed products, including Lipitor and Neurontin.  He has authored more than 60 scientific articles and a primary inventor on 30 patents, and has made numerous presentations regarding his work.

Wierenga has served on the board of directors of several biotechnology and pharmaceutical companies.  He is currently chairman of Crinetics Pharmaceuticals Inc. as well as on the boards of XenoPort, Cytokinetics, Ocera Therapeutics, Apricus Biosciences and SRI International, and on the scientific advisory boards at Concert Pharmaceuticals, aTyr Pharmaceuticals and the Ferring Research Institute.  He was also an adjunct member of the chemistry faculty at the University of Michigan for four years.

He majored in chemistry at Hope, where he participated in research and earned honors including first place in a student American Chemical Society student symposium and a research fellowship with E.I. Dupont de Nemours for the summer following graduation.  He completed his doctorate in chemistry at Stanford University in 1973, which he followed with a year as an American Cancer Society Postdoctoral Fellow at Stanford.

He and his wife, Pamela, have two daughters.

The banquet will take place at 6 p.m. in the Phelps Hall dining hall.  More information about the banquet and other Alumni Weekend events is available online at hope.edu/alumniweekend.