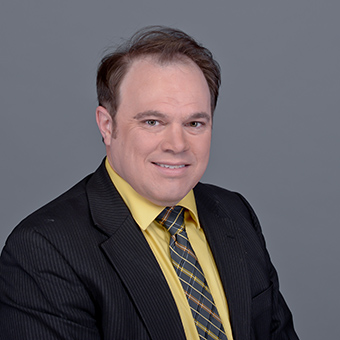 Dr. Jonathan Hagood, who was associate dean for teaching and learning and served in a variety of roles at Hope College, died unexpectedly on Tuesday, Sept. 18. He was 43.

A member of the history faculty since 2008, Hagood was also director of the Senior Seminar program and chair of the Department of Music. He was co-director of the college’s Faith and Scholarship Discussion Series; had led the team that developed an initiative at Hope funded by Lilly Endowment Inc. to help churches develop programs for calling and vocation; and was on the task force that developed the plan for the Boerigter Center for Calling and Career. He was also the faculty liaison for the 2018 Lilly Fellows Program National Conference, which will feature the theme “Robust and Receptive Ecumenism” and will be held at Hope on Oct. 12-14.

Hagood was an active scholar whose areas of expertise included nuclear weapons policy, mid-20th century Argentina, the history of public health and the history of nursing. He had also mentored a number of Hope students conducting collaborative or independent research projects.

“We’re mourning the loss of a treasured and dedicated friend and colleague, and grieve especially for his loved ones,” said the Rev. Dr. Dennis Voskuil, president of Hope College.

“Jonathan’s service to Hope reflects his many talents and his diverse array of interests,” Voskuil said. “His passion for effective teaching, vocational discernment, and the relationship between faith and scholarship benefited many at the college and beyond, and will continue to do so for years to come.”

Survivors include his wife, Amy, and two children at home.

Audio of the sermon for the funeral of Dr. Jonathan Hagood at Third Reformed Church