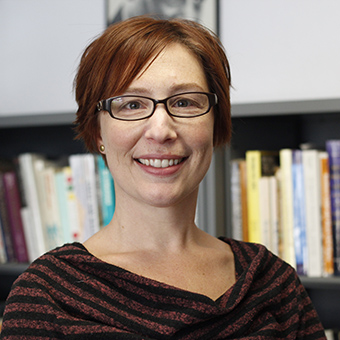 This year’s A.J. Muste Memorial Lecture at Hope College will focus on the internationally renowned peace activist and Hope alumnus for whom the series is named.

Dr. Leilah Danielson, who is a professor of history at Northern Arizona University and author of the award-winning book “American Gandhi: A.J. Muste and the History of American Radicalism in the Twentieth Century,” will present the address “Calvinism, Class and the Making of a Modern Radical: The Life of Hope Alumnus and Revolutionary A.J. Muste” on Tuesday, March 6, at 7 p.m. in Winants Auditorium of Graves Hall.

Muste (1885-1967) was born in the Netherlands and grew up in Grand Rapids.  After graduating from Hope in 1905, he earned degrees from both the Reformed Church in America’s New Brunswick Theological Seminary and the non-denominational Union Theological Seminary.

One of the most well-known and influential peace activists in the United States, he worked for many years as the executive director of the Fellowship for Reconciliation, an interfaith pacifist organization.  He spoke out against the nation’s involvement in every war from World War I through the Vietnam War.  In his quest for peace he generated controversy for being arrested for participating in protests in the U.S. and meeting with leaders like Ho Chi Minh, yet he also demonstrated in Moscow’s Red Square against nuclear testing.

While a student at Crozer Theological Seminary in 1949, Dr. Martin Luther King Jr. attended a lecture by Muste about non-violence.  Nearly a decade later, King was the featured speaker during a 1959 War Resisters League dinner held to honor Muste.  The two corresponded in the 1950s and 1960s.

“American Gandhi: A.J. Muste and the History of American Radicalism in the 20th Century” was published by the University of Pennsylvania Press in 2014.  The book won the Scott Bills Memorial Prize for Best First Book in Peace History, and was also recently the subject of a seven-part roundtable by the U.S. Intellectual History Society.  The Journal of American History has called “American Gandhi” a “richly detailed political and intellectual history” that forms “a compelling portrait of a man who stood at the center of American radicalism’s most powerful currents.”

In addition to writing “American Gandhi,” Danielson has published numerous articles exploring the intersection between religion, race and U.S. social movements.  She is also co-editor of the book “The Religious Left in Modern America: Doorkeepers of a Radical Faith,” being published this year by Palgrave Macmillan.

Hope inaugurated the A.J. Muste Memorial Lecture Series through which Danielson will be speaking in 1985 in commemoration of the 100th anniversary of Muste’s birth.  Also that year, the college committed to naming a space in the Van Wylen Library, completed in 1988, in his honor; and featured a profile of Muste in the college’s alumni-and-friends publication, “News from Hope College,” by biology professor Dr. Donald Cronkite, who endowed the lecture series and chaired the series’ coordinating committee for more than 20 years.

This year’s focus on Muste in the lecture series coincides with other recent and ongoing projects celebrating his life and impact.

This past November, Hope hosted “Muste in Michigan,” a panel discussion that addressed Muste’s formative years with and relationship to West Michigan, the Reformed Church in America and Hope College, and how they influenced him.  Also last fall, the college’s Van Wylen Library featured an exhibit about Muste.

Currently, a film on Muste is being developed by Dr. David Schock, who is an award-winning documentary filmmaker and former member of the Hope communication and English faculty, and Dr. Kathleen Verduin, who is a professor of English and chair of the A.J. Muste Memorial Lecture Committee.  Those interested in supporting the documentary should contact Verduin at verduin@hope.edu.  In addition, a life-sized bust of Muste is being commissioned for the library alcove.